Rent-A-Center, Inc. (NASDAQ:RCII) stock lost 30.6% in February, according to data provided by S&P Global Market Intelligence. A lack of progress on a deal to sell the company combined with disappointing fourth-quarter earnings results had investors heading for the exits. 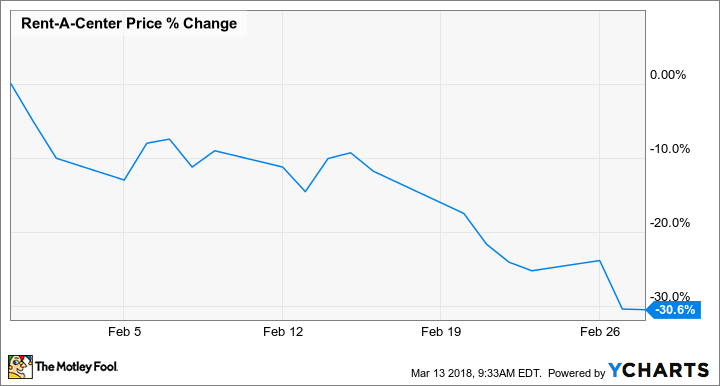 Rent-A-Center stock has been volatile over the last year, with much of its share-price movement tied to news of the company potentially being sold. With the business in a state of decline, investors have been hanging their hopes on the rent-to-own retailer being acquired -- and lack of progress on that front has contributed to sell-offs. News at the end of January that a potential buyout deal with Vintage Capital Management would not be moving forward sent the stock on a downward slide that continued through February. 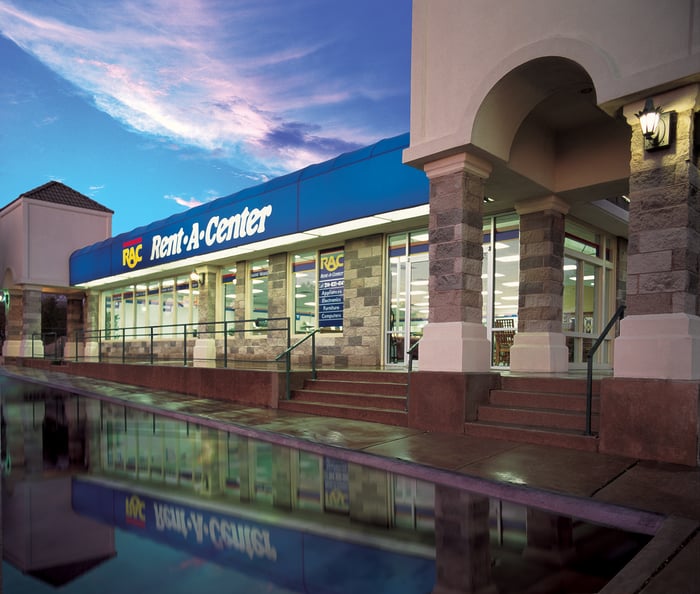 Shares continued to fall after the company reported fourth-quarter results on Feb. 20. Sales for the period declined 6.6% year over year and same-store sales fell 2%.

With sales on the decline, Rent-A-Center is turning to cost-cutting as its primary avenue to improved earnings. As part of this initiative, the company recently announced that it would be laying off 25% of its workforce. Rent-A-Center expects that these moves will result in roughly $28 million in annual expense reductions, and it's still looking for other ways to drive down expenses and improve profitability. All told, management expects to realize between $65 million and $85 million in annual cost-saving opportunities.

Shares trade at less than a fifth of forward sales, a valuation that might look attractive, but the company's dismal business outlook indicates that long-term investors should probably steer clear of Rent-A-Center.