Snap (NYSE:SNAP) stock climbed 28.1% in February, according to data provided by S&P Global Market Intelligence. The company released its earnings results on Feb. 7, prompting big share-price gains on the month despite sell-offs that followed negative comments from a popular social media influencer. 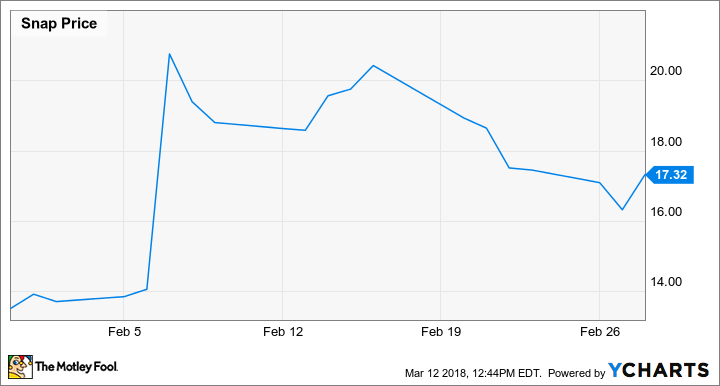 After some rough months following its initial public offering last June, Snap delivered fourth-quarter results that were a pleasant surprise for shareholders. Sales climbed 72% year over year to reach roughly $285.7 million -- comfortably above the $252.9 million in sales targeted by the average analyst estimate. The company's bottom line in the quarter was also better than anticipated, with the average analyst estimate calling for losses of $0.16 per share and the actual result coming in at a loss of $0.13 per share. On the other hand, losses in the quarter more than doubled compared to the prior-year period. 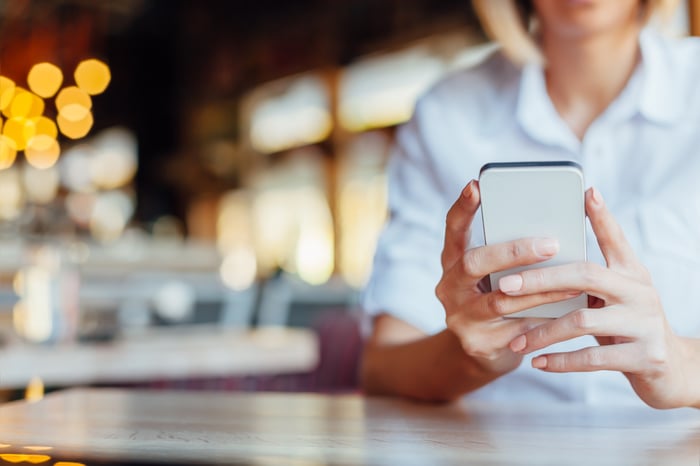 Despite the promising earnings results, Snap didn't make it out of February without a bit of unwanted internet drama. Social media celebrity Kylie Jenner published a Twitter post on Feb. 21 implying that Snapchat was dying, and her tweet corresponded with a 6% share-price decline for Snap on the day. Even so, the stock managed to close out the month with big gains.

The substantial sell-offs following Jenner's tweet points to Snap being a volatile and largely speculative investment. Snap has an engaged and growing user base, but charting the company's long-term trajectory is difficult in the face of competition from more established players like Facebook in the software space and Apple and Alphabet on the hardware side of things.

The young social media company managed to increase its daily active users by 5% sequentially and 18% year over year to reach 187 million in its December-ended quarter, but indications that the business will have trouble managing its operating costs and sustaining user growth make Snap a high-risk investment.