Payments company Square (NYSE:SQ) is known for defying convention. From the outset, Square was conceived to serve the most niche of niche businesses; the company got its start when a glassblower artist who happened to be a friend of CEO Jack Dorsey's needed a credit card reader. No other financial institutions were filling that void, so Square was created. Problem solved.

Fast-forward nine years and Square is defying conventional finance by placing small bets on bitcoin and exploring opportunities in banking. One is extremely novel, the other can be painfully rigid. Here's why Square is compelled to pursue both, and what it signals to investors.

The significance of speed

Square's management team has realized since day one that speed is critical to everything it does. First off, speed was important to process credit cards. Then it was critical to enticing vendors to download its app to get up and running. Now, it's the premise behind Square's Instant Deposit, which allows for rapid business deposits for vendors. 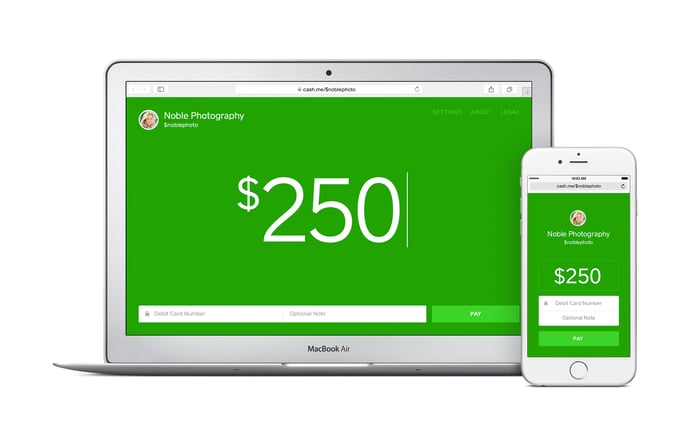 The leadership team at Square sees similar opportunity in bitcoin and banking. To be sure, neither is meaningful to the company at the moment: Bitcoin was described as "really immaterial" by Square's CFO during its recent earnings call, and the company has only applied for -- not yet received -- a banking charter.

But the potential is enticing. Bitcoin is attractive because it's a purely digital currency and, according to Square, is in high-demand among its core audience. Thus in a move that sets it apart from other finance companies, the company has begun to offer users of its Square Cash app the opportunity to buy bitcoin. And this is something that can take place instantaneously. Whether bitcoin becomes a bona fide currency or not, the technology behind crypto is interesting for a digitally native company like Square, too.

Banking, meanwhile, is an industry where stability and security trump speed, but that dynamic is changing. Technology has allowed products to emerge that combine all three, including Quicken's Rocket Mortgage and banks without bricks and mortar like Bank of the Internet (NASDAQ: BOFI). There are legacy banks involved, too, but few are embracing the lower end of the market in the same way as Square.

As CFO Sarah Friar pointed out on the call, users "want fast access to capital." So far, that's been through payments. In the future, it could be through bitcoin and banking.

The democratization of finance

Beyond speed, Square is all about "access." The management team emphasized this point nine times on the recent earnings call. They also referred to the "underserved" and "underbanked" audience that's been their focus since day one.

These are the smallest of the small customers, from glassblowers to food trucks. They typically don't have the time or money for clunky or pricey traditional banking services, but they could still benefit from "access" to a streamlined version of those services.

How does bitcoin relate to access? Square had this to say in its shareholder letter: "We observed that this was a feature our customers wanted, and we support Bitcoin because we see it as a step in the long-term path toward greater financial access for all." The thinking goes like this: As a cryptocurrency, bitcoin is 100% virtual, which could make it more accessible to people living in remote, underbanked areas of the globe. Square's already had success with an enterprising but poorly served demographic, so it makes sense to embrace a technology that could widen that potential audience.

As for banking, Jack Dorsey noted: "[W]e're going to expand the financial services we offer, and we'll continue to focus on the underserved. Access to financial tools like the ability to accept card payments and therefore never miss a sale empowers people to participate and thrive in the economy."

Again, Square is reinforcing its value proposition by using technology to provide a greater array of tools to a wide but not necessarily well-heeled customer base. Few others in the banking world are doing this as capably, which gives Square some room to maneuver.

Finally, Square's budding interest in bitcoin and banking reveals the scope of its broader ambition. The company has rounded out its core business by moving from payments into things like invoicing, payroll, and dashboards in the past. Square Cash and Square Capital signaled a jump from sellers to individuals. And the longer-term goals continue to expand.

According to Dorsey: "We are building a cohesive ecosystem to serve the full spectrum of omnichannel commerce, enabling sellers to engage with buyers wherever they are."

Words like "cohesive" and "omnichannel" imply a full suite of financial services. And if Square's aim is to offer a wide spectrum of financial tools to customers, it must embrace everything from the new and novel -- like bitcoin -- to the traditional and established -- like banking.

Bitcoin and banking, at this point, resemble oil and water: They're not polar opposites, but they sure don't mix well. Given that JPMorgan's (NYSE: JPM) CEO Jamie Dimon has referred to the cryptocurrency as a "fraud" (a statement he later retracted), it's unique to see a company that's simultaneously placing small bets in both areas.

But Square is all about speed and access to a comprehensive financial platform. That's a compelling story, and it's in large part why buyers of Square's stock are paying 8 times sales and 100 times forward earnings to own it. The challenge will center around whether Square can continue to execute well as it adds more unique business lines to the mix. If it does, investors should be handsomely rewarded, but it won't come without risk.