Three ways the healthcare giant intends to keep its pharma business growing despite declining sales for its top-selling drug.

Some pharmaceutical companies might worry when sales for a top-selling drug fall by $650 million year over year. Not Johnson & Johnson (JNJ -3.70%). Even though the company's top product, autoimmune-disease treatment Remicade, posted revenue in 2017 that was 9% lower than the prior year, J&J fully expects to continue growing its pharmaceutical business.

Joaquin Duato, J&J's executive vice president and worldwide chairman of its pharmaceuticals segment, participated in a fireside chat at the annual Barclays healthcare conference on Tuesday. Here are three key ways Duato said the healthcare giant plans to grow its pharma business despite challenges for Remicade. 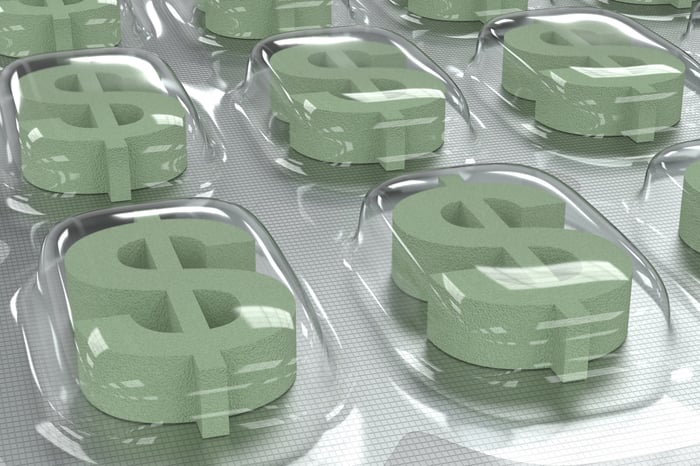 Remicade lost ground to biosimilars last year. However, Johnson & Johnson's immunology franchise still enjoyed growth overall, thanks primarily to a strong performance from Stelara, which has emerged as perhaps the most important drug for the company. Duato stated that the immunology market is still relatively under-penetrated despite several biologics and other drugs on the market.

Duato said that J&J's strategy for growing its immunology franchise is to expand the market. How? By introducing new medications that have greater efficacy and a stronger safety profile. Duato thinks these newer drugs will appeal to patients who have resisted taking prescription drugs in the past.

One example of this approach is Tremfya. J&J launched the psoriasis drug in July 2017. Duato stated that Tremfya has enjoyed "a very rapid uptake" and already claims a market share of around 18%.

Another core part of Johnson & Johnson's growth strategy is to add more indications for existing drugs. Duato specifically pointed out two current drugs that should benefit from new indications -- Zytiga and Darzalex.

As for Darzalex, Duato stated that J&J has a "very ambitious development program" for the drug. He said that Darzalex already claims a market share of around 20% as a second-line treatment for multiple myeloma. The "next wave of growth" for the drug will be in the first-line setting, according to Duato. He said J&J considers the drug as a backbone therapy in multiple myeloma.

At a broader level, Duato said that Johnson & Johnson will "grow where science identifies the biggest opportunities for advancing patient care." Basically, J&J intends to follow the science. But where is the science leading?

Duato started out talking about the two major therapeutic areas where scientific progress is resulting in greater investments from J&J and other companies -- immunology and oncology. The company's pipeline underscores this commitment, with several late-stage studies in progress for immunology drugs Tremfya, Simponi Aria, and Stelara and cancer drugs apalutamide, Darzalex, Imbruvica (in partnership with AbbVie), Yondelis, and Zytiga.

Still, though, Duato said Johnson & Johnson isn't limited to immunology and oncology. The company currently targets six therapeutic areas. He highlighted neuroscience as an area of major unmet medical need, pointing specifically to the company's late-stage antidepressant eskatamine. Duato said that J&J should file for regulatory approval of the drug in the second half of this year.

There were two ways to grow that Duato didn't discuss. One was taking price increases for its drugs. He acknowledged that J&J is seeing more activity from insurers and pharmacy benefits managers to lower drug prices. However, Duato said the company wasn't concerned about this, because J&J's strategy is to grow through volume rather than price increases. The key to achieving this goal, according to Duato, is to have differentiated products.

Another avenue for growth that Duato didn't bring up was the potential for more business development. But Duato really didn't need to say anything about more deal-making.

In January, Johnson & Johnson CEO Alex Gorsky stated that the company would need to be "completely agnostic about the source of innovation," meaning that the company would use business development as well as internal innovation. The next month, J&J signed a deal with Theravance Biopharma to gain rights to JAK inhibitor TD-1473. Sometimes, actions speak louder than words.