For the full year of 2017, IDC's data shows that Apple shipped the most wearable computers by volume, shipping 17.7 million Apple Watches. This represented 55.9% year-over-year growth. 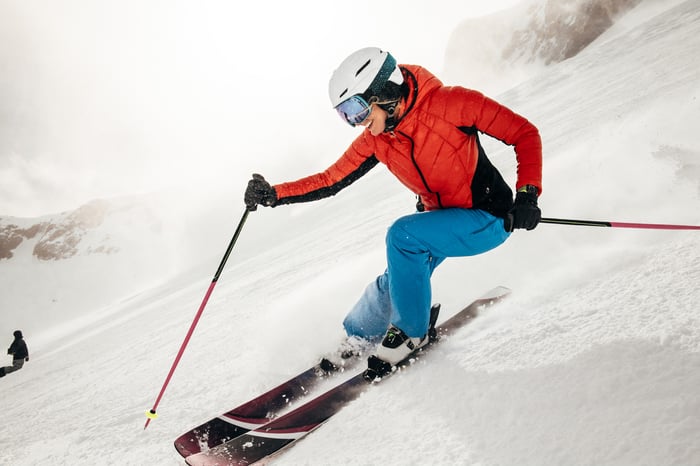 Most of Apple's revenue continues to come from its iPhone product line. Although iPhone will likely remain a significant source of revenue and profits for many years to come, the overall smartphone market has slowed dramatically in recent years as the market is nearing saturation.

For Apple to deliver growth rates to keep investors happy, it needs to put out entirely new product categories that can generate enough revenue to move the needle.

If we assume that the average selling price of an Apple Watch is $350 (this is probably on the low side), then Apple's revenue from the product category was about $6.2 billion in 2017. Apple's site shows Watch prices ranging from $329 to $749.

It never hurts for a company to have a diversified revenue stream, as weakness in one product category can potentially be offset by strength in another.

Another reason that strong Apple Watch adoption is a positive for Apple is quite simple: Apple Watch helps to lock customers into the Apple ecosystem. All current Apple Watch models need to be paired with iPhones to work, so a happy Apple Watch customer is going to be less likely to switch away from the iPhone because ditching iPhone would also mean abandoning Apple Watch.

Additionally, one of the the key selling points of the Apple ecosystem as a whole is how well the different devices work together. So, a customer who is happy with their Apple Watch may grow to have a deeper appreciation for their iPhone as a result, making it less likely that the customer will choose a non-iPhone device in the future (assuming that Apple Watch compatibility isn't, by itself, a critical factor in the decision making process).

One risk to keep in mind

Apple Watch has been available for purchase since April 2015, meaning that the product category has been in the market for just three years. One risk that investors should keep in mind is that Apple Watch sales could go the way of the iPad -- really fast growth in the early innings of the product category followed by a deep slump shortly thereafter as the market becomes saturated quickly and replacement cycles are fairly long.

Keep an eye open, then, for data points around Apple Watch penetration as a percentage of the iPhone installed base as well as any data around Apple Watch upgrade rates. As long as the former figure remains relatively small (and as long as Apple effectively addresses the shortcomings of prior generation Apple Watch devices), then there should still be plenty of room for Apple Watch shipment growth.

Once Apple Watch has penetrated a large percentage of the iPhone installed base, then investors will want to focus their attention on how quickly the existing Apple Watch users upgrade their devices.