CRISPR Therapeutics (NASDAQ:CRSP) reported no news of its own today, so 9.6% of its shares selling off may have been sparked by the revelation that gene-editing pioneer Feng Zhang is launching a new CRISPR approach at Arbor Biotechnologies, a company he formed last summer.

CRISPR Therapeutics is already facing off against Feng Zhang's Editas Medicine, Inc. (NASDAQ:EDIT) in the area of CRISPR/Cas9, a gene-editing approach pioneered by Zhang at MIT. 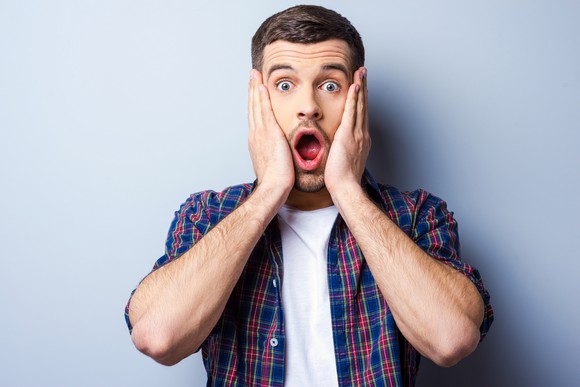 CRISPR gene editing is based on a mechanism used by bacteria to edit an invading virus' DNA to disable it. Specifically, bacteria memorize bits of an attacking virus' DNA in repeating spaces called clustered regularly interspaced short palindromic repeats, or CRISPR. If the virus reappears, bacteria then use a CRISPR-associated protein, Cas9, to cut the virus' DNA and prevent it from replicating.

Although human trials of CRISPR/Cas9 therapeutics haven't yet begun, plans are to bring the concept into human trials soon. A collaboration between CRISPR Therapeutics and Vertex Pharmaceuticals (NASDAQ:VRTX), for example, hopes to begin early-stage trials in blood diseases, including sickle cell disease, this year.

While there's a lot of excitement surrounding CRISPR/Cas9, some researchers have raised concerns that CRISPR/Cas9 therapeutics could risk making unplanned off-target cuts in human DNA.

Perhaps the new approach, CRISPR/Cas13d, offers a better approach. Unlike CRISPR/Cas9, CRISPR/Cas13d would target RNA, the messengers sent out by DNA to create proteins. Zhang's company, Arbor Biotechnologies, plans to use next-generation technology, including artificial intelligence, to expedite the discovery of targets amenable to Cas13d.

The potential to reshape treatment by editing DNA -- and now RNA -- is significant, but until these approaches are proven to be effective and safe in scientifically controlled human clinical trials, investors might want to temper their enthusiasm.

It remains to be seen what targets Arbor Biotechnologies will go after initially, so CRISPR/Cas9, and thus CRISPR Therapeutics, has a sizable head start. Nevertheless, today's news of the discovery and the potential of Cas13d and its impact on gene-editing drug developers is a good reminder that biotech moves fast, and as a result, biotech investing can be risky.