Investors eagerly bid up stock in advance of a highly anticipated event.

Investors bid Nutanix stock higher throughout February in anticipation of its fiscal 2018 second-quarter results, which were released on March 1. This proved to be pretty decent timing for those who bought in then. 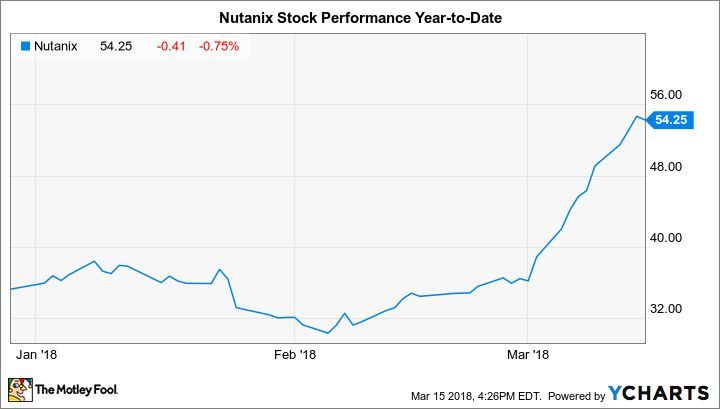 Nutanix booked an extremely strong quarter, with revenue of nearly $287 million up 44% from the prior year. Billings expanded 57% to $355.9 million, while gross profit went up 46% to $178.2 million. Deferred revenue, an important gauge of future revenue recognition, also improved vigorously, increasing 57% to $478.0 million. 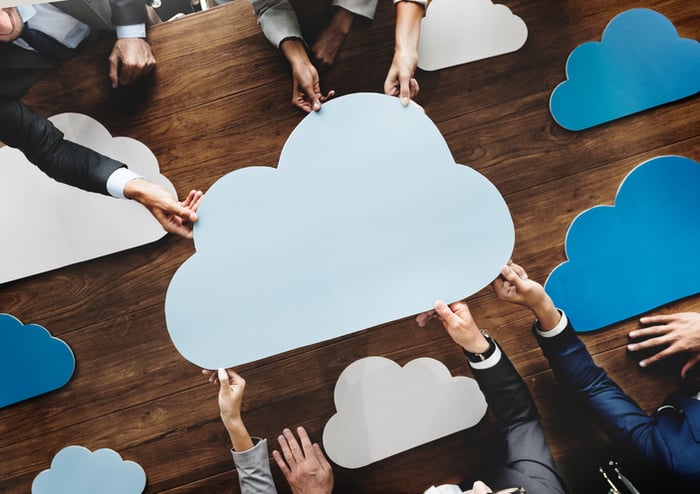 Shareholders were also enthused over the company's pace of new customer acquisition. About 1,057 new end-customers were added over the last three months -- a record -- to finish the quarter with a total of 8,870 customers. Nutanix exhibited nice progress in the metric of "$1 million-plus" deals. It signed 57 of these large deals during the quarter, more than doubling last year's total.

However, Nutanix is still investing heavily in marketing to reach its top-line numbers and generating a loss. Sales and marketing expenses of $151.2 million proved to be the biggest factor behind the company's net loss of $62.6 million during the quarter. This is an improvement, though, over the comparable quarter's loss of $76.4 million. CFO Duston Williams attributed the smaller loss to operating leverage provided by the ample increase in billings during the quarter.

As you can see from the chart at the beginning of this article, Nutanix shares have been on a tear since the beginning of this month when earnings were released. As of this writing, the stock has surged nearly 49% in March alone. Looking ahead, the company projects a non-GAAP net loss of $0.19 to $0.21 per diluted share in the third quarter, which will mark an improvement on the non-GAAP diluted loss per share of $0.28 last year, if it hits its targets.