TAL stock continued in its recent upward, if volatile, trend during the month of February after the company released another impressive earnings report on Jan. 25. In TAL's fiscal third quarter of 2018, which ended Nov. 30, 2017, revenue soared 66.3% to $433.3 million versus the comparable prior-year quarter. Operating income more than doubled to $44.6 million. While selling and marketing costs rose roughly in line with revenue, the company's general and administrative expenses expanded at a slightly slower rate, rising by nearly 48% during the third quarter. Thus, TAL was able to achieve a bit of operating leverage, which resulted in the higher operating income.

TAL's stellar results rested on continued expansion of its student base. The tutoring service reported total enrollments of 1.5 million at quarter-end, representing an increase of 85% over the comparable prior-year quarter. In the organization's earnings release, CFO Rong Luo commented that TAL intends to keep its student base engaged by investments in Artificial Intelligence (AI) and educational technology (EDTECH). Investments in these areas should benefit TAL in the coming quarters as it seeks to draw revenue from higher online delivery of services versus prior years.

The swift expansion in students (and consequently revenue) that TAL has enjoyed is beginning to manifest itself through increased cash flow. In the first nine months of its fiscal year, TAL's cash and investment balances swelled from $700 million to over $1.3 billion. A strong balance sheet will likely come in handy once organic growth inevitably slows, should the company seek to maintain its revenue expansion through bolt-on acquisitions. 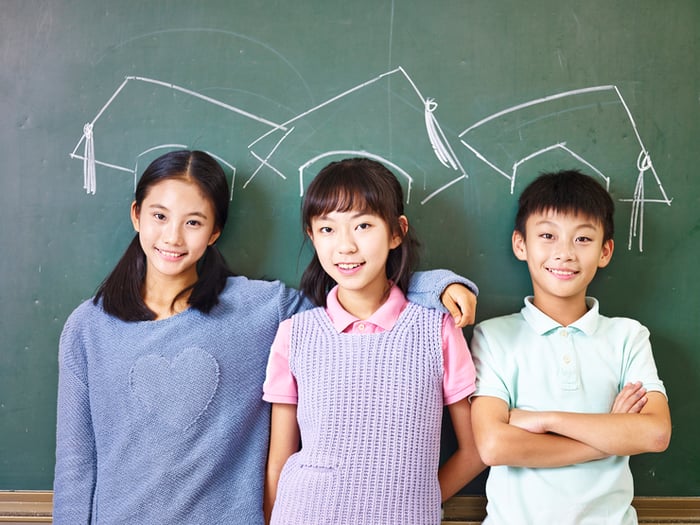 As it closes out fiscal 2018, TAL's management projects a fourth-quarter revenue increase of 50% to 52%, which translates to revenue of between $474.5 million and $480.8 million. While TAL obviously remains in high gear, investors should exercise a measure of caution -- shares have rocketed over 150% during the last 12 months.