For investors in Netflix (NASDAQ:NFLX), the future has never looked brighter. In its just-completed fourth quarter, the company reported the highest subscriber gains in its history, adding 8.3 million customers, up 18% over the prior year quarter, and far exceeding the 6.3 million it expected. Netflix also achieved a full-year international contribution profit for the first time since embarking on its worldwide expansion. At the same time, its revenue grew by 33% year over year to $3.3 billion, while net income nearly tripled to $186 million.

It's easy to forget that things weren't always this rosy. In a move destined to become a case study for generations of business school students, Netflix once made a couple of decisions that upset and bewildered even its most devoted customers and sent the stock reeling.

While those events were somewhat painful at the time, they provided me with the two most important investing lessons I've ever learned. 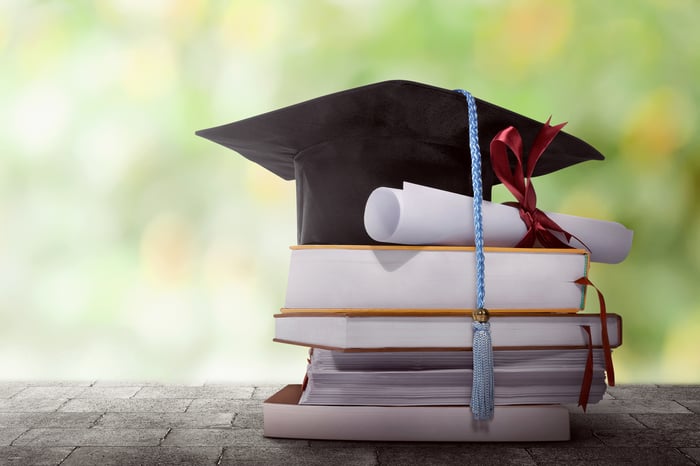 How to avoid two of the most costly mistakes in investing. Image source: Getty Images.

The first of Netflix's bungled moves came in July 2011. After a period of offering its nascent streaming service as a free add-on for subscribers to its DVD-by-mail business, Netflix decided to divide the two, and charge customers separately for each. At the time, a subscription for both DVD rentals and on-demand streaming video cost $9.99. After the change, it planned to charge subscribers $7.99 per month for one service, or $15.98 for both.

The reasoning behind this change was simple. Netflix had begun to see that it was operating two very distinct businesses, each with its own cost structures and benefits. The company believed it was best to set each business on its own path in order for them to thrive.

The headlines focused on only one aspect of the change, screaming "Netflix to Raise Prices by 60%!" -- and customer outrage ensued.

The second problematic decision occurred just two months later. In a classic "out of the frying pan and into the fire" move, Netflix announced that it would fully segregate the two services, rename its DVD-by-mail business "Qwikster," and require customers to log into separate websites to access their suddenly distinct DVD and streaming accounts.

The company might as well have poured gasoline on its customers' already-smoldering fury. 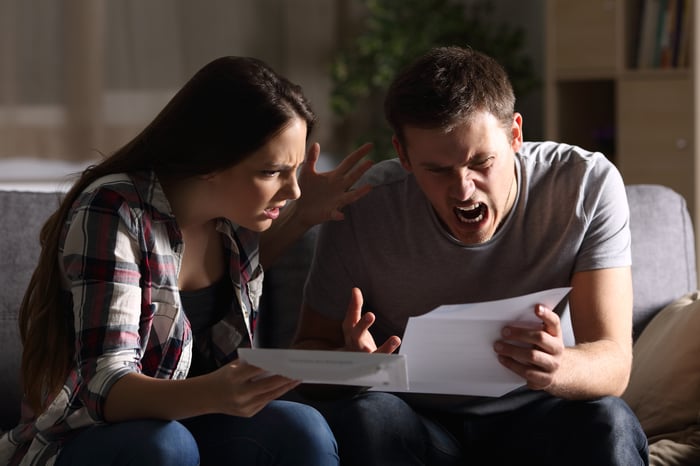 In its 2011 third quarter, Netflix lost 800,000 domestic subscribers, which sent investors running for the exits. Those loses accelerated the following quarter as the price increases took effect: An additional 2.76 million domestic subscribers dropped their DVD plans, offset by only 600,000 streaming additions worldwide.

Lesson No. 1: The stock of every company will at times fall -- and fall hard

Even the best and most well-run companies will experience some significant stock price declines. In his recent letter to Berkshire Hathaway (NYSE:BRK.B) (NYSE:BRK.A) shareholders, legendary investor Warren Buffett included a table that detailed times when his company's stock had suffered "four truly major dips," losing between 37% and 59% of its value. It's important to note that in spite of those precipitous declines, the stock has rewarded shareholders with gains of 2,404,748% since 1965.

Netflix's stock price has also seen its fair share of significant drops, but the one associated with the Qwikster debacle was the most extreme. From its high in July 2011, the stock fell more than 80% before it bottomed out in September 2012.

Investors should be aware of the potential for large, and sometimes precipitous, stock price declines. They are a fact of life. 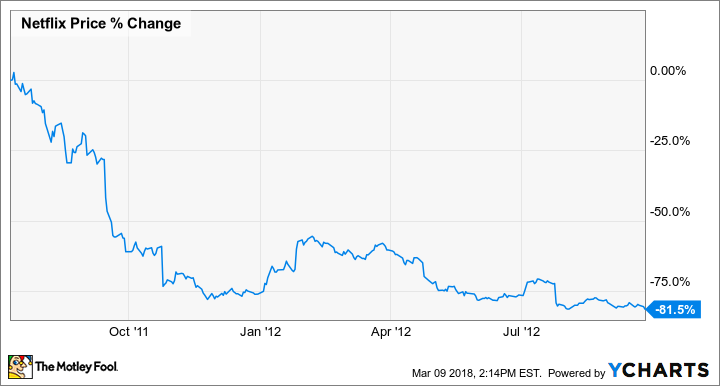 Lesson No. 2: If the business is still solid and your investment thesis is intact, don't sell simply because the stock price changes

This is easy advice to give, but hard to put into practice. Watching the stock of a company -- any company -- you're invested in fall day after day, week after week, with no apparent end in sight, is difficult for even the most seasoned investors. Yet letting emotions rule your investment decisions can rob you of significant gains.

Many Netflix shareholders (myself included) were tempted to sell in light of the events of 2011. Those who looked at the fundamental strength of the underlying business and the massive opportunities it had were perplexed by the long, steep plunge in its stock price.

International subscriber growth was surging, with double-digit percentage sequential growth and triple-digit year-over-year growth -- and the company had barely begun to tap foreign markets. On the domestic front, Netflix was still the best value for your entertainment dollar. This was evidenced by the fact that many subscribers who initially cancelled due to their outrage over the price hike quickly returned.

Even at its worst, Netflix lost only 6% of its subscriber base. More importantly, after the initial dip, year-over-year subscriber growth returned almost immediately.

The rest is history 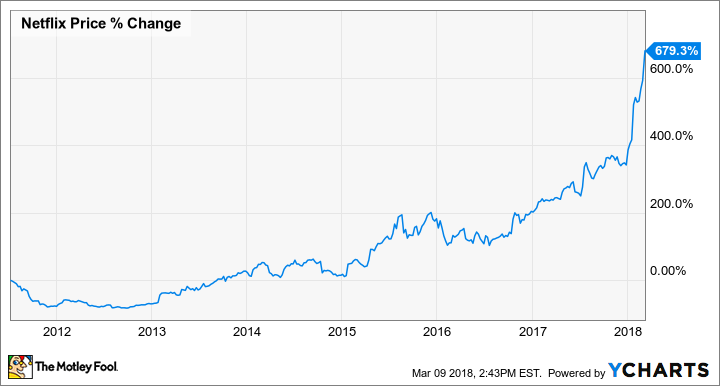 Another quote from Buffett's shareholder letter seems appropriate, which addresses the subject of share price declines:

There is simply no telling how far stocks can fall in a short period ... your mind may well become rattled by scary headlines and breathless commentary. And an unsettled mind will not make good decisions ... No one can tell you when these will happen. The light can at any time go from green to red without pausing at yellow ... When major declines occur, however, they offer extraordinary opportunities.

Selling an investment too soon, and for the wrong reasons, can be among the most costly investing mistakes. Those who sold in fear during Netflix's rough patch have likely been kicking themselves ever since.

The 2 Most Valuable Investing Lessons I Ever Learned @themotleyfool #stocks $NFLX $BRK.A $BRK.B Next Article
Current