Paper Excellence had offered to pay as much as 40 billion Brazilian reais (about $12.2 billion) for Fibria Celulose, and the prospect of this windfall had helped lift Fibria stock 15% since the end of February to its $21.64 close yesterday. Unfortunately for Paper Excellence (and for Fibria shareholders), Fibria Celulose management argues that what Paper Excellence was offering was more an "intention to present a proposal" than an actual bid, and that the putative acquirer failed to "present financing for the bid or guarantees."

Given the uncertain nature of Paper Excellence's bid, Fibria management therefore opted to go with a lower offer from local rival Suzano -- about 35 billion reais, or $10.7 billion, but with a "commitment" from banks to back the bid. 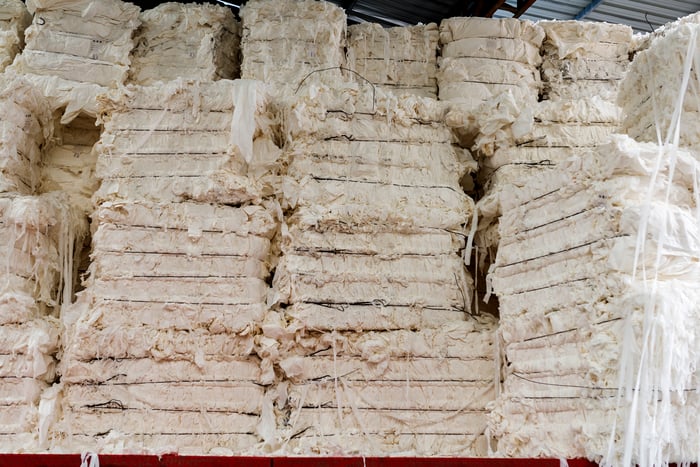 Suzano is offering a combination of cash and its own shares in payment for Fibria Celulose's equity. Thus, the value of the acquisition could still fluctuate with the value of Suzano's own shares before the deal closes. (In fact, Reuters reports that with Suzano's share on the upswing, the effective value of the bid has already increased by about 2.2%).

Antitrust approval also still needs to be sought and secured in multiple places -- Brazil, the United States, the European Union, and China to name a few. The longer that takes, the higher the chance that the deal's value will continue to change. And of course, if any one of these antitrust authorities chooses to veto it, there's still a chance that Paper Excellence will have another opportunity to bid.