There are lots of companies that pay a dividend to their investors, but not many offer such high yields as Verizon Communications' forward yield of 4.86%. But for investors that depend on dividends year after year, finding stable companies that pay the best yield is paramount.

That's why we asked a handful of Motley Fool investors for dividend stocks that outpace even Verizon's generous yield. They came back with Hess Midstream Partners (NYSE:HESM), Buckeye Partners (NYSE:BPL), and AT&T (NYSE:T). 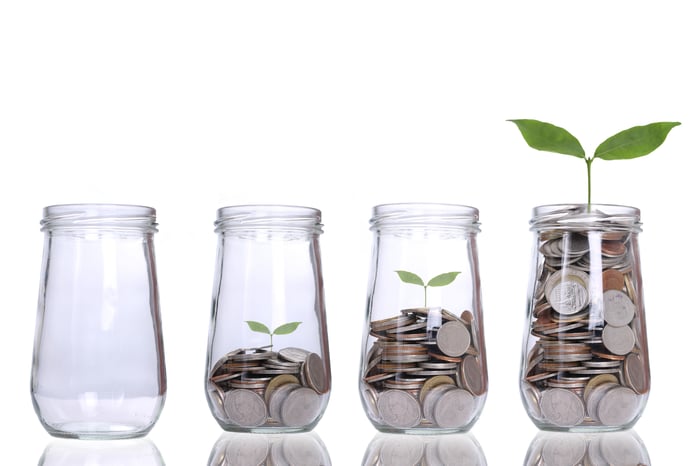 Todd Campbell (Hess Midstream Partners): U.S. crude oil production topped 10 million barrels per day for the first time since 1970 in 2017 and that soaring production was in due in large part to rising activity in U.S. shale plays, including the Bakken Shale, where Hess Corp. (NYSE:HES) controls over 550,000 acres.

Last year, Hess Corp announced its restructuring to focus its E&P activity on its Bakken acreage and as part of its plan, it spun-off various Bakken Shale infrastructure through an IPO of Hess Midstream Partners last April.

That decision landed Hess Midstream Partners gathering, processing and storage, and terminal assets that will serve Hess Corp. and other third-party companies operating in the Bakken.

Strike while the pipeline is hot

John Bromels (Buckeye Partners): If you think Verizon's yield looks good, you're going to love the yield of pipeline master limited partnership (MLP) Buckeye Partners, which is currently well over two times Verizon's. And, like Verizon, it trades at a reasonable valuation relative to its peers.

First of all, it's important to know what you're getting into when you consider buying an MLP. Because they're taxed differently than normal companies, they can cause some headaches for investors come tax time. But the distribution yields can certainly make up for the trouble. Buckeye, for example, has been increasing its dividend annually for 22 consecutive years.

All those increases, though, have pushed the distributions up to the point that Buckeye is barely able to cover them with cash flow from operations. Most recently, in the fourth quarter of 2017, Buckeye had distribution coverage of just 1.01 times -- about as slim a margin as you can get! Still, CEO Clark Smith is adamant that the distribution won't be cut except under very extraordinary circumstances, and the company's long shareholder-friendly history seems to back him up.

A good reason to consider buying now is that on March 15, the Federal Energy Regulatory Committee stated that pipeline companies organized as MLPs -- like Buckeye -- can't recover an income tax allowance in their costs of service. Buckeye's price took a hit, along with the rest of the industry, but the company quickly clarified that -- thanks to the ways it has set up many of its rates -- the ruling wouldn't really impact its results.

It might be a bit riskier than Verizon, but Buckeye's double-digit yield and unitholder-friendly history should help to convince investors that the company is still worth a look.

Another telecom giant with a shining yield

Chris Neiger (AT&T): This telecom giant has a lot to love for dividend investors. AT&T's forward yield is a whopping 5.4% and the company has consistently raised its dividend for 33 consecutive years.

I'll admit that AT&T is having a bit of a rough patch right now, though. The company's shares have fallen about 13% over the past 12 months and AT&T's wireless business, like Verizon's, has come under fire from T-Mobile over the past couple of years.

But AT&T is far more than just a wireless carrier and the company continues to expand into new areas of growth. One such potential area comes from the company's proposed $85 billion purchase of Time Warner. Combining the two companies would make AT&T a media powerhouse and give the company the ability to bundle more services and content together, potentially add more wireless customers, and solidify its place in the pay-TV segment.

AT&T is still in a legal battle with the Department of Justice over the deal, but management said on the fourth-quarter earnings call that, "With 50 years of legal precedent, it's the type of business combination that the government has consistently approved with appropriate conditions."

Even if the Time Warner deal doesn't go through, AT&T has plans to test a new 5G network in a few cities this year. 5G will bring even faster and more reliable data across wireless spectrums and could be used for fixed wireless signals for home broadband as well. 5G has the potential to not only be faster than current services, but also bring more Internet of Things devices online.

AT&T's shares trade for under 11 times the company's forward earnings, far below the average of 15 for companies in the S&P 500. Investors looking for a dividend stock with a higher yield than Verizon -- and with lots of future potential -- should give AT&T strong consideration.