On Monday, the molecular diagnostics company announced that musician, singer, and actor Harry Connick Jr. and his wife, former model Jill Connick, are supporting a campaign to raise public awareness about cancer screening. This campaign, dubbed "The New 50," seeks to encourage people ages 50 and older to talk with their healthcare providers about cancer screening alternatives, which include Exact Sciences' Cologuard DNA colon cancer test.

But Exact Sciences stock dropped nearly 10% following the announcement of the company's new celebrity partnership before recovering to end the day down around 8%. Why didn't investors get jazzed up about Harry Connick Jr. and his wife promoting Cologuard? And, more important, did the dip present a good opportunity to buy Exact Sciences? 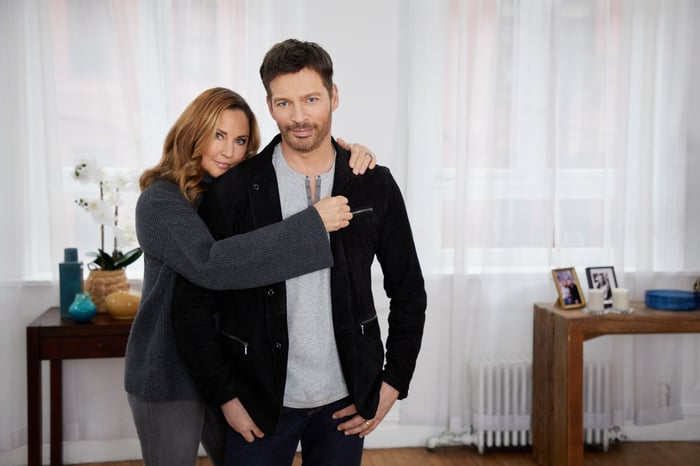 Not wild about Harry

It's not that Harry Connick Jr. and his wife Jill are disliked by investors. The problem, though, is that there were expectations that Exact Sciences would snag an endorsement by a celebrity even more well known. Canaccord analyst Mark Massaro stated in a research note that he was anticipating an "Oprah Winfrey-like celebrity."

Still, though, Harry Connick Jr. isn't a B-list celebrity. He was a regular on ABC's hit TV show Will and Grace and appeared as a special guest star on the rebooted series. Connick served as a judge for three seasons on American Idol. He has sold over 28 million albums. Connick has won three Grammy awards and two Emmy awards plus a Tony award nomination. And he currently hosts a nationally syndicated daytime TV show.

But for investors hoping to have someone like Oprah, Harry Connick Jr. was a disappointment. In several ways, however, he and his wife could be really good fits for Exact Sciences' public campaign. Connick's mother died of ovarian cancer when he was 13 years old. Jill Connick is a breast cancer survivor, thanks to a routine mammogram and sonogram detecting the cancer at an early stage.

Both Harry and Jill are also in their early fifties. That makes them the ideal age to promote colorectal screening, since regular screening is recommended for most people beginning at age 50.

To be fair, the pick of Harry Connick Jr. isn't the only reason behind Exact Sciences' dismal stock performance of late. Stocks in general fell on Monday, with worries over the potential for a global trade war and anxiety about possible Federal Reserve Board actions weighing on the market.

Also, Exact Sciences has faced headwinds for much of 2018 so far. The company provided lower-than-expected growth in Cologuard tests for the first quarter of 2018 when it announced its 2017 Q4 results in February. The reason for this lower guidance, though, was an especially rough flu season. Many physicians limited or rescheduled wellness visits until after the flu season is over. This hurt Cologuard test volume because healthcare providers typically discuss colorectal cancer screening with patients during these wellness visits.

In addition, there have been concerns about potential competition for Cologuard. A presentation at the American Society of Clinical Oncology's Gastrointestinal Cancers conference in January highlighted a blood test that demonstrated up to 88% accuracy in a clinical trial including 620 patients. Ashish Nimgaonkar, a co-author of the study, suggested that a blood test could cost less than $100 in the U.S. -- well below the current price tag for Cologuard.

While Harry Connick Jr. and Jill Connick might not be the celebrities some preferred, I think they'll be great advocates for early cancer screening. In an interview with Parade, Harry Connick Jr. explained why he personally used Cologuard. He knew that he needed to be screened for colorectal cancer but was apprehensive about the preparation, sedation, and lost work time associated with a colonoscopy.

That's exactly what goes through the minds of millions of Americans. It's why too many people don't get screened for colorectal cancer at all. And it highlights one of the greatest reasons why Exact Sciences should have a bright future. Cologuard is convenient, non-invasive, and avoids the negatives associated with a colonoscopy.

In my view, the latest pullback presents a good opportunity for investors to buy Exact Sciences at a reduced price. None of the positives for the company have changed. There's still a risk from competition down the road, but Exact Sciences is also working hard on its own liquid biopsies for early cancer detection. I expect the stock to pick up the tempo and enjoy another solid year in 2018.

Harry Connick Jr. Hasn't Gotten Investors Jazzed Up About Exact Sciences -- Should They Be? @themotleyfool #stocks $EXAS Next Article
Current