Please ensure Javascript is enabled for purposes of website accessibility
Log In Help Join The Motley Fool
Free Article Join Over 1 Million Premium Members And Get More In-Depth Stock Guidance and Research
By Billy Duberstein - Mar 21, 2018 at 7:11AM

While the database space is crowded, and much optimism had been built into the company's October IPO, MongoDB has continued to churn out impressive numbers, and the stock us up 60% from its issuance price of $24.

Here are the ins and outs of MongoDB's quarter, what's driving the results, and insight into an innovation that could turbocharge growth for the business later this year. 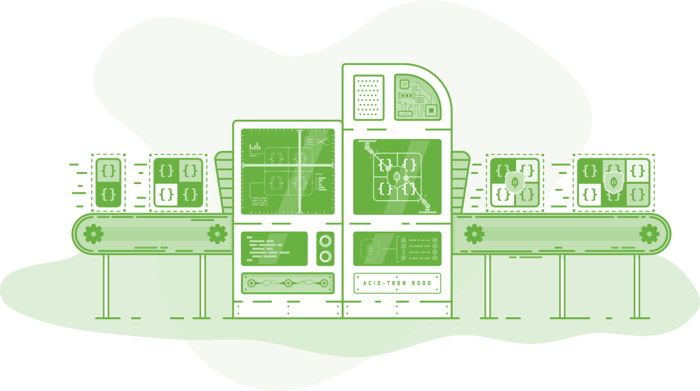 Investors should know that MongoDB is a young IPO, currently loses money, and is burning through cash. That means it needs to grow to please investors ... and grow it did.

The net expansion rate, which measures the usage from existing customers compared with last year, was over 120% for the 12th straight quarter. The number of customers that spent at least $100,000 annually increased to 354, up from 320 just in the prior quarter (a 10% increase), and up from 246 in the past year (a 44% increase). And the number of customers that now spend $1 million annually grew to 20, up from just two as of two years ago.

One area did give some analysts cause for concern -- deferred revenue grew slightly less than overall revenue, at 45%. For a software company, that could potentially signal that it is having trouble signing up new customers.

But that does not seem to be the case. The deferred growth rate is likely below overall growth because MongoDB has a hybrid pricing structure, whereby customers can choose to pay either by subscription, or according to usage ("as a service"), which is billed monthly. The pay-for-usage model doesn't generate deferred revenue, as yearly subscriptions do.

That as-a-service product, called Atlas, is newer than the company's core subscription, but is growing much faster, up 500% year over year, and now makes up over 10% of sales. So, as Atlas becomes a bigger part of company sales, deferred revenue should track below overall revenue growth.

The biggest product announcement in the quarter was beta rollout of MongoDB 4.0, which will become widely available this summer. MongoDB 4.0 will contain an important provision called ACID compliance, which is a database compliance standard that guarantees data integrity in many types of transactions-based businesses.  Apparently, one of the obstacles to getting large customers to use MongoDB's document-based architecture versus a traditional table-based architecture has been this ACID compliance issue, as discussed on the recent earnings conference call:

... when you've grown up knowing databases, and it's been drilled into your head that ACID transactions is an incredibly important feature that every database must have, but you are very attracted by the power of MongoDB's document model and its distributive architecture, some people still feel a little nervous about using MongoDB for many use-cases, even though they don't really need multidocument ACID transaction support. So the first thing this does, it just gives customers real peace of mind. When we made the announcement, literally our salespeople got calls from lots of people.

So, even though this type of certification isn't necessary for most database applications, it could help win over larger, risk-averse customers with more mission-critical applications run on legacy architectures.

This has been no small feat, as the journey to achieve ACID compliance among multiple documents has taken MongoDB's engineers more than three years. About 30% of MongoDB's new projects come from replacing legacy databases, but ACID compliance could potentially accelerate that going forward as MongoDB 4.0 is rolled out.

MongoDB guided for revenue of $211 million to $215 million in the upcoming year, which would be an increase of about 38% at the midpoint. While impressive, that is really only scratching the surface of the overall database market, which market intelligence firm IDC believes will now reach over $63 billion by the end of 2020.

There are, of course, many players in this field -- from leading database vendor Oracle (NYSE: ORCL), to leading cloud vendors, to other small upstarts; however, MongoDB seems to be the leader within the upstarts, and its strategy and flexible offerings -- which allows customers to download a free, stripped-down version of the software, and pay either via subscription or on a per-usage basis --  seem to be clicking.

At 13 times sales, MongoDB's stock isn't cheap, and the company also forecasts continuing operating losses in fiscal 2019 between $82 million and $84 million. Nevertheless, disruptive growth potential rarely comes cheap. Investors looking to keep tabs on the company's growth story should monitor the rollout of MongoDB 4.0, as it will have a big impact on the company's growth trajectory for 2018.