By comparison, analysts' consensus estimates only predicted adjusted earnings of $0.54 per share on revenue of $756 million. 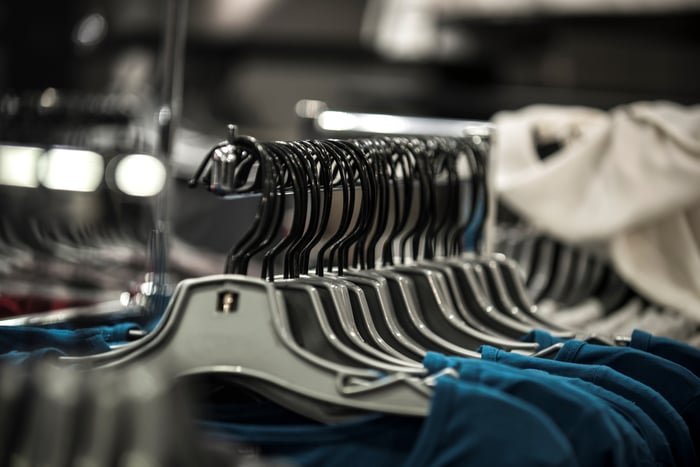 CEO Victor Herrero stated that the results also arrived well above the high end of the company's own expectations, voicing his belief "that this year marks the beginning of a turnaround for the company."

"I am convinced that maintaining the focus on the strategic initiatives I outlined on my arrival at the Company in August 2015 is now clearly showing in our financial results," he added. "And looking forward to fiscal 2019, we expect to make continued progress on this front."

To that end, Herrero thinks that Guess? should be able to continue expanding margins and growing sales in the double-digit percent range in both Europe and Asia, while improving results from the Americas with the help of cost reductions and margin-improvement initiatives.

As such, Guess? expects revenue for full fiscal-year 2019 to increase between 7% and 8% -- or between 5% and 6% at constant currency -- which should translate to earnings per share in the range of $0.86 to $0.98. Here again, even the low end of both ranges were well above investors' expectations for fiscal 2019 earnings of $0.85 per share on more modest 3.8% revenue growth.

All things considered, there was little not to like about the relative outperformance of Guess? to end the year, followed by its optimistic outlook today. It's no surprise to see the stock touching a fresh 52-week high in response.