Friday was another bad day for the stock market, as major benchmarks fell between 1.5% and 2.5% to finish a terrible week. The drop came as lawmakers and the White House managed to come to what many saw as a mutually unsatisfying compromise to pass a spending bill and keep the government from another shutdown, but retaliatory measures from China on the trade front could disrupt one source of the economic strength that has helped push the U.S. higher for years. Despite the gloomy mood, some stocks had good news that sent their shares higher. At Home Group (NYSE:HOME), SMART Global Holdings (NASDAQ:SGH), and Cemex (NYSE:CX) were among the best performers on the day. Here's why they did so well.

Investors make themselves At Home

Shares of At Home Group soared 19.5% after the home furnishings specialist released its fiscal fourth-quarter financial report. Net revenue for the quarter jumped 25% on a 5.7% rise in comparable-store sales, and adjusted earnings were higher by almost 80%. CEO Lee Bird also told investors that the coming year should continue to see positive momentum from At Home, and a combination of expansion and improving brand awareness could bring another year of 20%-plus growth rates in sales. With competition in home furnishings ramping up, it'll be important for At Home to keep doing its best to stand out from the crowd. 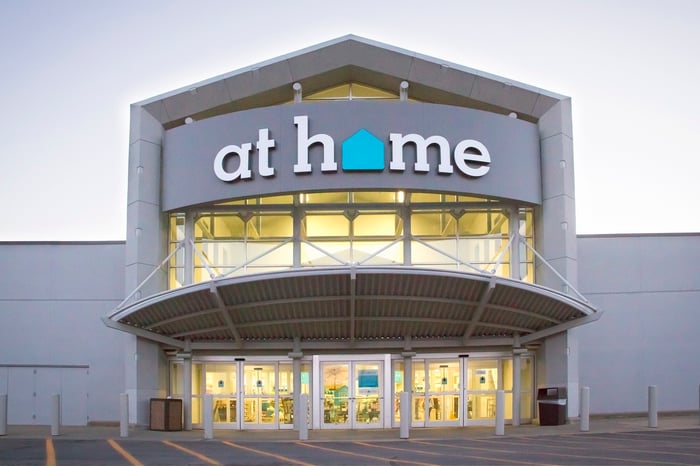 SMART Global lives up to its name

SMART Global Holdings stock gained 11% in the wake of the release of the company's fiscal second-quarter financial results. Sales soared more than 80% from year-ago levels, and the specialty memory and storage provider said that its target market remains strong. Co-CEO Iain MacKenzie pointed to better conditions in Brazil as helping SMART gain ground, and cost controls have also boosted its bottom line. With new CEO Ajay Shah coming on board, SMART hopes that it will be able to keep taking advantage of favorable tailwinds in the industry to bolster growth in future quarters as well.

Finally, shares of Cemex rose nearly 5%. The Mexican cement giant said that it would cancel previous plans to do a secondary offering of as many as 3.75 billion shares. Instead, a cap on issuance will require Cemex to stay with smaller offerings of no more than 1% of the company's outstanding shares. Investors applauded the move, as it will avoid potential major dilution from a larger offering, which was a concern given the fact that the stock has lost more than 30% of its value just since last summer. Shareholders hope that Cemex will start to participate in a recovery in the global construction and infrastructure industry.