Several big pharma stocks have performed relatively well over the last 12 months. But not Merck & Co. (NYSE:MRK). The drugmaker actually claims one of the worst losses of any big pharma during the period.

The past is the past, though. Is Merck a smart pick for investors with a long-term perspective? Here are the arguments both for and against the pharma stock. 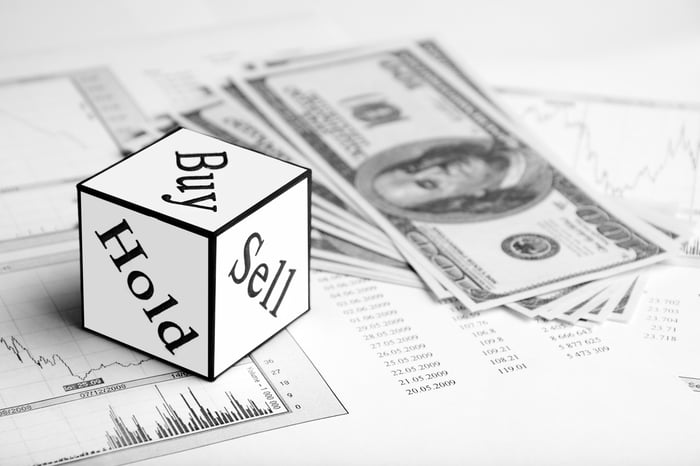 It's not hard to spot several positive things going for Merck. At the top of the list is the company's spectacularly successful cancer drug Keytruda. The drug generated $3.8 billion in sales in 2017, an increase of nearly 172% over the previous year. Market research firm EvaluatePharma projects that Keytruda will be the No. 3 top-selling cancer drug in the world by 2022, with sales of $9.5 billion.

Merck also continues to enjoy solid sales growth for other products. Revenue from its Pneumovax 23 pneumococcal vaccine totaled $821 million last year, up 28% from 2016. Sales for human papillomavirus (HPV) vaccine Gardasil increased by 7% year over year in 2017 to $2.3 billion. Merck's portion of sales for autoimmune disease drug Simponi, which the company co-markets with partner Johnson & Johnson, grew 6% last year to $819 million.

Another bright spot for Merck is its animal health business. In 2017, this segment generated revenue of nearly $3.9 billion, up more than 11% year over year.

Investors should also like Merck's dividend yield, which currently stands at 3.5%. The company has increased its dividend each year since 2011.

Unfortunately, Merck's negatives are easy to identify as well. All you have to do is glance at the drugmaker's Q4 results, which it reported in February.

The most serious problem for Merck right now is quickly eroding sales for its cardiovascular drugs. Fourth-quarter sales for Zetia plunged 44% from the prior-year period. Vycorin sales fell 38%. Both drugs face stiff competition from generic rivals.

Merck also is dealing with a challenge for its top-selling diabetes drugs Januvia and Janumet. The company has seen pricing pressure over the last year. Although Merck and partner Pfizer recently won FDA approval for SGLT2-inhibitor Steglatro, there's no guarantee that the new drug will generate enough revenue to offset the potential market share loss for Januvia and Janumet to rival SGLT2 inhibitors.

Another drug with which Merck partners with J&J, Remicade, is also experiencing sales declines. Merck and J&J lost patent exclusivity for the autoimmune disease drug. Remicade now faces competition from biosimilars in the U.S. and in Europe.

Then there's the dividend. While Merck's yield is great, the company spent more to fund its dividend program than it generated in free cash flow over the last 12 months. That isn't sustainable over the long run.

What about Merck's pipeline? The company already suffered a failure for late-stage Alzheimer's disease candidate verubecestat earlier this year. Heart-failure drug vericiguat is in late-stage testing, but it didn't meet its primary endpoint in a phase 2 study. Merck's HIV candidates will have to go up against Gilead's new sure-thing blockbuster Biktarvy. Outside of Keytruda, the pipeline just doesn't look all that great overall.

I don't view Merck as a great pick at this point. Keytruda is a fantastic drug, but the company simply faces too many challenges with other products. Over the long run, perhaps Merck's pipeline will deliver enough winners to help the company grow earnings at a solid pace. My take for now, though, is that there are better stocks to buy than Merck.