NVIDIA (NASDAQ:NVDA) has been one of the market's best performers over the past five years, with the share price climbing roughly 1,850% over that stretch. That's an incredible trajectory spurred by increasing demand for its computer hardware, resulting from trends ranging from gaming-industry growth to artificial intelligence to cryptocurrency mining.

Finding stocks that can come close to that kind of return, let alone put it to shame, is no easy task. But we asked three Motley Fool investors to profile a company that could outclass NVIDIA. Read on to see why they identified Advanced Micro Devices (NASDAQ:AMD), Zillow (NASDAQ:Z)(NASDAQ:ZG), and Baozun (NASDAQ:BZUN) as stocks that could be huge long-term winners. 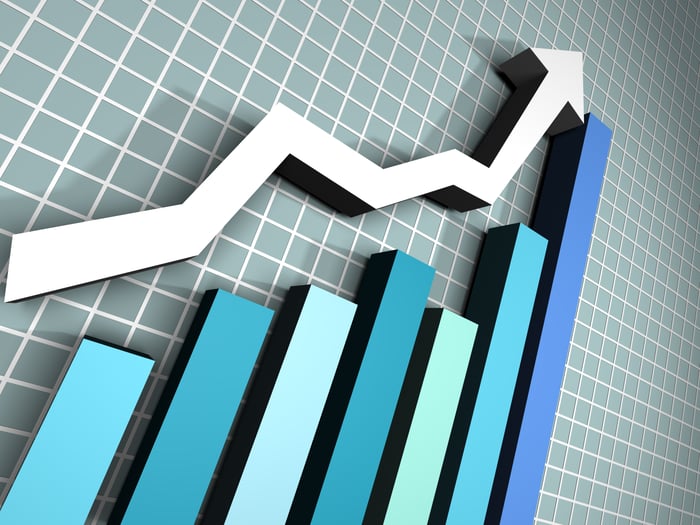 Dan Caplinger (Advanced Micro Devices): NVIDIA has long been the champion of the graphics process chip industry, and that has given it access to several opportunities for growth. GPUs are essential components for video games, especially as interactive live-action games become more popular, complex, and demanding on processing power of key gaming consoles. Yet one area that has popped up very quickly has been the use of GPUs for cryptocurrency mining operations, because these chips tend to do the calculations necessarily for solving complex mathematical problems quickly and efficiently. This combination has caused the makers of these chips, which include not only NVIDIA but also Advanced Micro Devices, to see big demand.

Advanced Micro Devices has done an even better job than NVIDIA of tapping into demand for GPUs. Despite some concerns about the relative quality of its graphics cards compared to NVIDIA, AMD has made a more conscious push toward appealing to cryptocurrency miners, and that paid off a lot in 2017 as the rise of bitcoin and other tokens led to huge demand for the products. When NVIDIA gave preferential treatment to gamers by implementing purchase limits, miners had no choice but to turn to AMD, and they didn't hesitate to do so.

AMD's strategy relies on the continued popularity of cryptocurrency in order to succeed. Yet if it does, then AMD's future returns could indeed put NVIDIA to shame.

Travis Hoium (Zillow): Residential real estate is a $31.8 trillion market in the U.S., a tremendous opportunity for any company about to take even a small fraction of the market. That's the scale of the market Zillow is disrupting with its real estate platform, and it's becoming a go-to for everyone from buyers to sellers to real estate agents.

Zillow's model right now is to be an advertising hub for listing agents and a resource for buyers searching the market. As a result, most of its revenue is from advertising by agents and doesn't come from real estate transactions themselves. But what excites me about the company is the optionality it has.

As consumers get used to using the Zillow app, it will become a platform that could upend the home buying and selling process in new ways. Currently, local MLS networks are where the power is held in real estate, but Zillow could easily perform the same tasks, matching buyers with sellers, undercutting the power that brokers have to command commissions of 6% or 7% of each home sale. That's not currently Zillow's business model, but as usage by buyers and sellers grows, there's the option to flex its muscles and take more of the home buying value chain. That's how it could generate big returns for investors.

A high-reward play in Chinese e-commerce

Keith Noonan (Baozun): Outperforming NVIDIA is a challenge few stocks will be able to meet, but Baozun might just be up to the task. The company provides its brand partners with a quick and easy way to tap into the booming Chinese e-commerce market and appears to be on track to continue posting rapid growth.

Baozun stock has already gained roughly 350% from its closing price on the day of its initial public offering, and its share price recently saw a big upswing following a stellar fourth-quarter earnings report. Sales for the December-ended quarter climbed 23% year over year, while net income climbed a whopping 139% over the prior-year period. The total value of merchandise sold on the Baozun's platform increased 75% year over year, and the company added six new brand partners sequentially.

PricewaterhouseCoopers estimates that online sales will have increased from 17% of the country's total retail market in 2017 to 25% in 2020. That's impressive growth, and given that China is already the world's biggest e-commerce market at roughly $1.1 trillion in sales last year, it's no surprise that Baozun's client base is increasing.

The company is also shifting toward a less distribution-heavy model, moving away from housing and shipping merchandise in favor of connecting brands with customers and collecting a portion of the sale. That's a move that should significantly reduce Baozun's operating expenses over time and generate more profit on an expanding sales base.

Even after the company's recent post-earnings stock gains, Baozun is valued at just 3 times forward sales -- a metric that looks attractive given the company's impressive sales growth and margin outlook.