Penn National Gaming's (NASDAQ:PENN) planned $2.8 billion acquisition of regional casino rival Pinnacle Entertainment (NASDAQ: PNK) hit a pothole recently after the Federal Trade Commission issued a second request for information under the Hart-Scott-Rodino (HSR) Act. While both gaming companies still expect the merger to be completed in the back half of 2018, the request suggests the regulatory agency might have antitrust concerns.

Last December, Penn National agreed to buy Pinnacle's 16 gaming and entertainment facilities in 11 locales. As part of the merger, and in an attempt to circumvent potential antitrust worries, the casinos agreed to sell four properties to Boyd Gaming (NYSE:BYD), including two Ameristar casinos in Missouri and two Belterra gaming houses -- a casino in Indiana and a combination racetrack and casino in Cincinnati.

The combined Penn National-Pinnacle would end up being the biggest regional gaming company, with 41 properties across 20 jurisdictions operating approximately 53,500 slot machines and 1,300 tables, and having 8,300 hotel rooms. With both gaming companies housing their properties in the same real estate investment trust, Gaming and Leisure Properties, a REIT created by Penn National, it was a deal destined to invite close scrutiny. 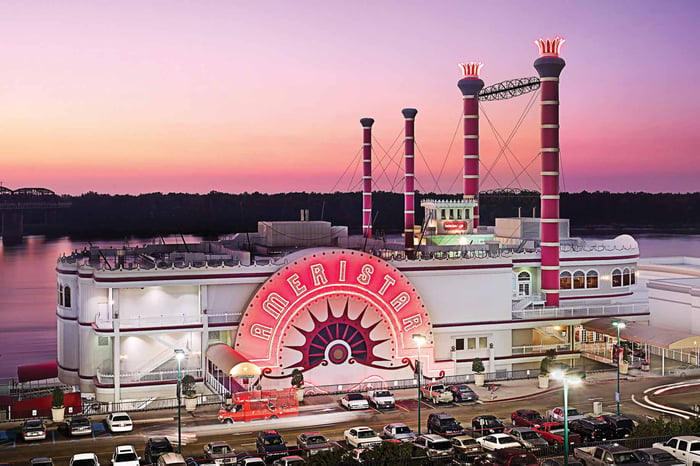 As the FTC itself says, the vast majority of deals reviewed by the agency and the Justice Department are allowed to proceed after the first, preliminary review. Of the 1,832 transactions reported to the agency in 2016 (the latest data available), only 54 deals, or 2.9%, resulted in a second request for information.

Nor does the FTC or Justice Department typically involve itself in the gaming industry. Of the 26 deals reported over the last five years involving the amusement, gambling, and entertainment industry, not one drew a second request.

It's the infrequency of these second requests that shows there may be deep concerns about the transaction. It's also noteworthy because while the FTC didn't issue a second request when Pinnacle bought Ameristar in 2014, it did require Pinnacle to divest itself of the Lumiere Place Casino in St. Louis and the casino and resort property that Ameristar was developing in Lake Charles, Louisiana, arguing the deal would substantially lessen competition for casino services in those regions.

Although it's not certain the FTC will demand additional divestitures by Penn National Gaming, or that it might block the merger altogether, the action shows it won't be smooth sailing.

A deal with a lot to recommend it

Penn National and Boyd Gaming are the two largest regional casino operators, by revenue and market capitalization, respectively. The sale of the four properties to Boyd might address concerns about competition in Missouri, Indiana, and Ohio, but Mississippi regulators might still be wary.

Pinnacle operates the Ameristar Vicksburg, which it says is the largest dockside casino in central Mississippi, while Penn National operates five properties in the state. With some 35 casinos operating in Mississippi, there may be worries about growing concentration of ownership.

Pennsylvania, however, shouldn't be an issue after the state lifted ownership restrictions, and the two companies have only one facility each in the state, the Meadows for Pinnacle and Hollywood for Penn. The latter also recently won rights for a mini-casino in the western part of the state.

Investors might have their own concerns about the planned deal, particularly Penn National shareholders, as they will be shouldering substantial amounts of debt if the merger goes through.

The second request for information from the FTC now extends the waiting period imposed by the HSR Act until 30 days after each company has substantially complied with the request. It can be extended beyond then by the companies or it could be terminated sooner by the FTC if it finds no reason to block it.

It's still probable the merger will be completed in the time frame the casino operators laid out. The question is whether the regulatory agency will require them to further shed properties to preserve competition.