Andeavor Logistics (NYSE:ANDX) is a relatively unknown company, which isn't all that surprising since the current name has only been in use since last August. Still, it wasn't as if the predecessor company, Tesoro Logistics, was a household name. However, it's one that investors will want to get to know, given how remarkably well the company has performed over the years.

The numbers are incredible. The master limited partnership has delivered 27 consecutive quarterly distribution increases, including boosting the payout by a total of 10% in the past year. This growing income stream has helped fuel a more than 160% total return over the company's history, eclipsing the S&P 500's 130% total return over that same timeframe. While that past performance doesn't guarantee future success, Andeavor Logistics appears as if it has the fuel to continue outperforming. 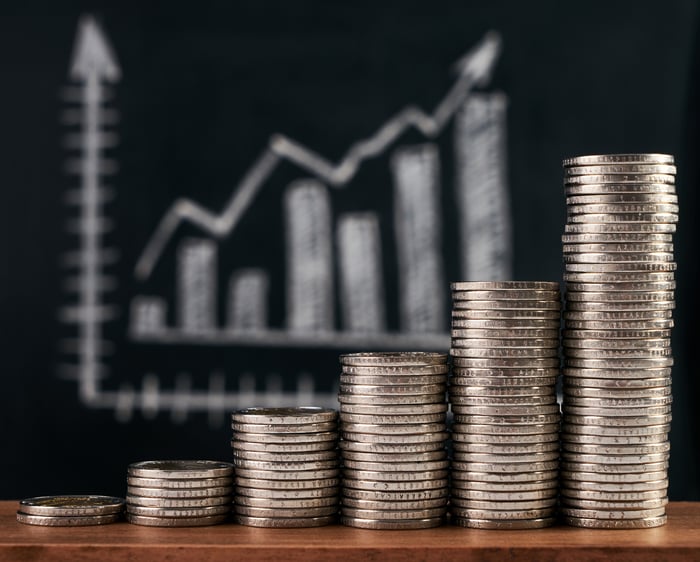 Quietly building a value-creating machine one deal at a time

The former Tesoro Corporation, now Andeavor (NYSE:ANDV), formed its logistics MLP in early 2011 to develop and buy assets to distribute, transport, and store oil and refined products in support of its refining operations. The company has done just that over the years, acquiring assets from its refining parent as well as from third parties. It has also broadened its scope, driven by the purchase of QEP Midstream in two phases a couple of years ago, which added natural gas gathering and processing to its service offerings.

Another notable transaction came last year. As part of its acquisition of Western Refining, Andeavor also gained control of Western's MLP, which it subsequently merged into its namesake MLP. That deal was part of a major financial repositioning, which also eliminated the costly management fees the MLP paid its parent, reducing its capital costs and making it cheaper for the company to expand. 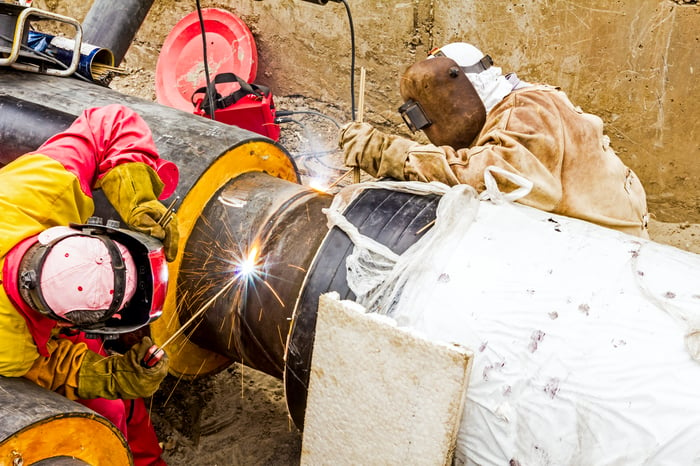 What's still coming down the pipeline

Andeavor Logistics plans to use its increased scale and lower capital costs to continue expanding in the coming years. While M&A has been the main factor driving growth over the past several years, the company sees expansion projects being an increasingly important fuel in the next three. Overall, it plans to target $500 million to $600 million in annual organic growth projects through 2020, versus $400 million to $500 million of dropdowns per year.

These investments will aim to boost the company's EBITDA from the $1 billion run rate it had last year up to a range of $1.4 billion to $1.5 billion by 2020. In addition, the company's plan will further diversify its revenue away from its reliance on Andeavor's business, targetting to grow third-party sales to 50% of the total by 2020. The company has a significant portfolio of organic growth opportunities that it can pursue to achieve that target. However, most of them are in the Permian Basin where the company could invest upwards of $850 million in the coming years as part of its target to grow the EBITDA it pulls in from the region to more than $200 million annually by 2020, up from $56 million last year. The MLP has identified 11 opportunities so far, including oil-gathering projects and long-haul pipelines to fuel this growth.

In the near term, Andeavor Logistics believes its plan will support at least another 6% increase in the distribution this year even as it maintains sound financial metrics. Meanwhile, given the company's outlook, it should be able to continue increasing the payout at that pace through at least 2020.

While Andeavor Logistics has done an exceptional job creating value for investors throughout its history, it has trailed the market in the past year, falling by double digits along with most other MLPs. Because of that decline, and the double-digit increase in its distribution over the past year, it now yields an impressive 9.2%. That looks like a compelling income stream for dividend investors to consider, especially in light of the growth it has coming down the pipeline.