Shares of General Electric (NYSE:GE), an industrial juggernaut operating in seven separate businesses as well as its GE Capital division, are climbing 5.6% higher as of 12:30 p.m. EDT, popping as high as 6.4% during early morning trading, despite little news surrounding the company.

Monday wasn't a great start to the week for GE, as shares continued to decline even as the broader markets moved higher. That didn't give investors much optimism after the prior week's 8.7% drop in share price -- sinking to its lowest point since the past recession. GE's downward trend and murky near-term future has caused many people to speculate its days on the Dow Jones Industrial Average might be numbered. In fact, GE has already shed 22% of its value in 2018 and 54% over the past 12 months as it tries to convince investors it can turn the ship around, sooner rather than later. 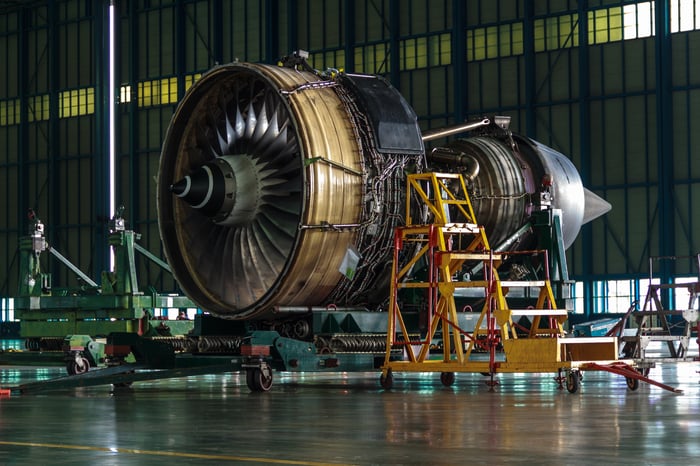 The truth for GE investors is simple: There is no quick fix. And as the stock continues to tumble lower, there will be multiple days when the stock pops and drops 5%, because that's what volatile stocks with uncertain futures do. What's important for investors willing to stick around is that management adjusts its vision from growth to turnaround as it drives down the path of multiyear restructuring, cost reduction, improving its return on capital -- cutting its dividend twice in a decade makes it clear management needs to better utilize its capital -- and figuring out its struggling power generation business. GE has a long road ahead of it to get back to its industrial roots and glory days, and stock price movements like today will be fairly common.