Analysts continue to warn General Electric shareholders about the potential for future charges stemming from GE Capital. However, the stock is selling at such a big discount to fair value that investors can rest easy.

Back in January, shares of General Electric ( GE -2.58% ) plunged after the company took a $7.5 billion after-tax charge related to rising claims on an old long-term-care reinsurance portfolio. The cash impact was even greater. The company's GE Capital unit will have to increase its insurance reserves by $15 billion over the next seven years.

Shortly after this disclosure, I argued that investors had overreacted by knocking more than $20 billion off GE's market cap in the span of a week. Yet in the past two months, GE stock has continued to tumble, falling below $13 on Monday before rallying on Tuesday. This has slashed its market cap by another $25 billion from its already-depressed level. 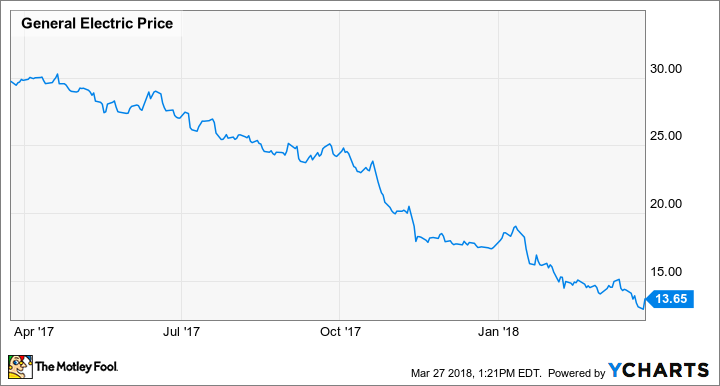 Concerns about GE's balance sheet and GE Capital's "hidden" liabilities have helped drive these declines. Let's take a look at whether investors should worry about the potential for more big charges at GE Capital.

For the past decade, General Electric's management has been trying to slim the company down and focus on its best industrial businesses. By contrast, Jack Welch -- its legendary former CEO -- spent most of the 1980s and 1990s building up a sprawling conglomerate that earned most of its money from financial services.

These investments in financial businesses that are not related to General Electric's core industrial operations are coming back to bite the company. GE has exited most of its non-core financial businesses, but it has retained some liabilities, particularly for businesses that it shut down rather than selling. The reinsurance business responsible for the massive special charge announced in January falls into this category.

Additionally, GE Capital could still be held liable for mortgage fraud between 2005 and 2007 at its former WMC Mortgage subsidiary, even though that unit was sold (and later shut down).

A recent article in The Wall Street Journal tried to wrestle with the potential for further losses at GE Capital. Several people cited in the article -- including GE's CFO, a credit rating analyst, and a Wall Street stock analyst -- said they don't expect any further significant charges. 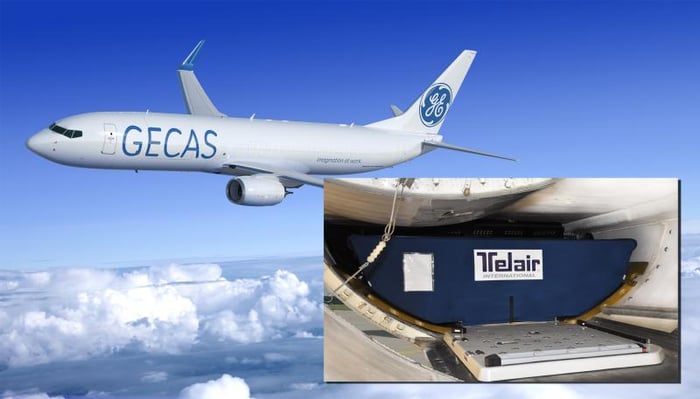 On the flip side, two analysts at investment managers noted that GE Capital still has lots of assets and liabilities. Due to the company's size, it doesn't disclose that much detail about GE Capital, which makes it risky to assume that all of the bad news has already come out.

Even for liabilities that GE has disclosed -- such as claims related to WMC Mortgage -- the exact magnitude of potential losses isn't known. GE has warned in its recent annual reports that the Department of Justice may sue the company for the oversights at WMC Mortgage, but it can't estimate how much it might cost to settle those charges. There are also still private lawsuits pending against GE related to this debacle.

Does GE Capital have any value? Does it matter?

Following the recent multibillion-dollar reinsurance charge, GE Capital's book value was down to $13.5 billion, compared to $24.7 billion a year earlier. Some analysts now wonder whether it's worth anything at all.

The fact is that it doesn't really matter for long-term General Electric shareholders. Even if GE Capital were to take another $13.5 billion of pre-tax charges -- reducing its book value to zero -- that would hit GE's value by barely more than $1 per share.

Meanwhile, GE's core industrial businesses -- particularly GE Aviation and GE Healthcare -- are dramatically undervalued. Combined segment profit for the aviation and healthcare businesses surpassed $10 billion in 2017 and will continue growing at a mid-high-single-digit rate for the foreseeable future. Together, including their share of GE's overhead costs and liabilities, these two businesses alone are probably worth more than GE's entire market cap of approximately $120 billion.

To put it a different way, GE has a comfortable margin of safety built into its current stock price. Investors shouldn't worry about potential charges coming from GE Capital in the future. Instead, investors should assume that GE will be hit by billions of dollars of additional charges and plan to ride out the turbulence. If those charges never materialize, it will be a pleasant surprise.