Please ensure Javascript is enabled for purposes of website accessibility
Log In Help Join The Motley Fool
Free Article Join Over 1 Million Premium Members And Get More In-Depth Stock Guidance and Research
By Lee Samaha - Mar 21, 2017 at 11:15AM

Jeff Immelt's industrial pivot isn't just about industrial equipment or even making its solutions more digital. It's also seeing a change in focus at GE Capital.

It's well known that General Electric Company (GE -1.24%) is shifting back to its industrial roots with CEO Jeff Immelt planning to generate 90% of the company's earnings from its digital industrial businesses by 2018. As such, GE Capital assets have been sold off to banks like Wells Fargo & Co and Capital One Financial Corp., while the highly successful Synchrony Financial (SYF -1.66%) spinoff also saw General Electric jettisoning financial businesses. With all of this going on, it's easy to forget that the company still has a capital arm, and it happens to be a key part of its future. Here's how and why. 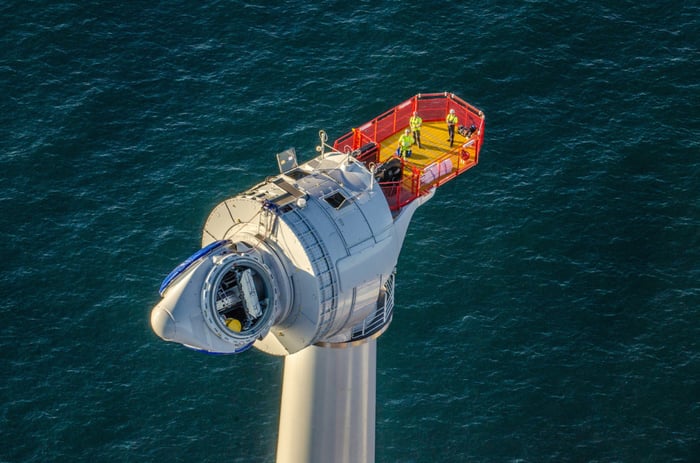 The financial crisis hit GE particularly hard, and few long-term investors will forget when Immelt cut the dividend to 10 cents a share from 31 cents a share in 2009 -- the first cut since 1938. The effects of the crisis still linger, and as shown below, bank stock valuations are nowhere near what they used to be prior to the crisis. 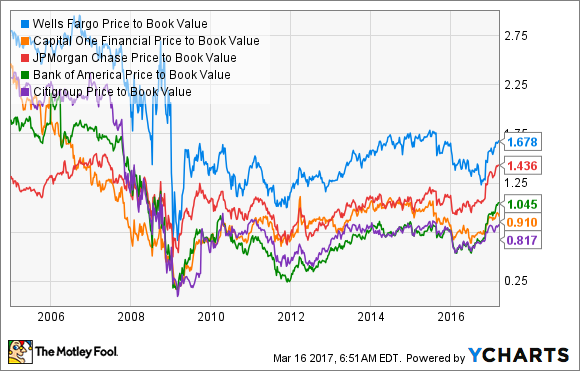 However, industrial company valuations are comparable to pre-recession levels. 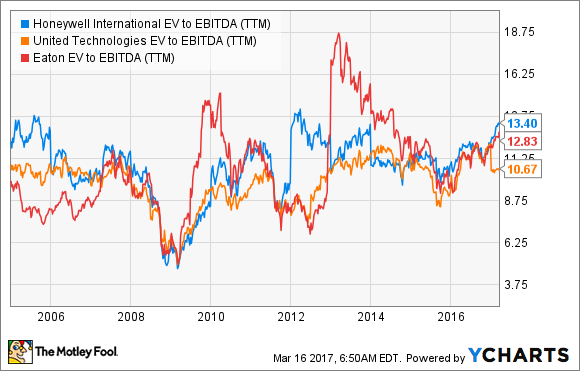 In other words, the market has decided to take a different view on future prospects of the two industries -- not least because banks like Wells Fargo are more subject to regulation intended to reduce risk, and this is likely to make them less able to generate outsized returns.

GE Capital still has a role

With that said, many industrial companies have financial arms that support their businesses, and GE is no different. In a presentation given at a recent JPMorgan conference, GE Capital CEO Richard Laxer claimed that 90% of GE's financial services business is now aligned with GE's industrial business, whereas "a few years ago it was 50-50." Here are the benefits of such a change:

To demonstrate how this works, Laxer outlined the three areas where GE Capital is active today. In aviation finance, it's the world's leading aircraft-leasing company, with 85% of its fleet powered by GE or GE joint-venture (CFM) engines. Second, in energy finance, 90% of its investment activity is related to GE equipment. Third, industrial finance reduces friction at the point of sale and generates cash flow for GE.

Aviation and energy are core industries for GE, and they both tend to involve significant investments by customers who are unlikely to recoup their investments in terms of cash flow in the near term. In this context, GE Capital's services are key to driving order growth. Meanwhile, industrial financing is being expanded from traditional strength in healthcare toward areas like transportation, additives, oil and gas, and renewables.

Moreover, as the company expands into emerging markets, it's going to be increasingly important to create financing solutions for potential customers in areas like energy and transportation. All told, GE Capital is still an integral part of GE's future and another good example of how the company is leveraging scale to give itself an edge over the competition.