In 2016, Activision Blizzard (NASDAQ:ATVI) released a remastered version of the classic first-person shooter game, Call of Duty: Modern Warfare. The game was largely identical to the original game that launched in 2007, but sported dramatically updated visuals to make it salable on modern game console platforms.

Activision Blizzard is rumored to be planning to launch a remastered version of the successor to that game, known as Call of Duty: Modern Warfare 2, but with a twist: It'll only include the single-player campaign, unlike its predecessor. 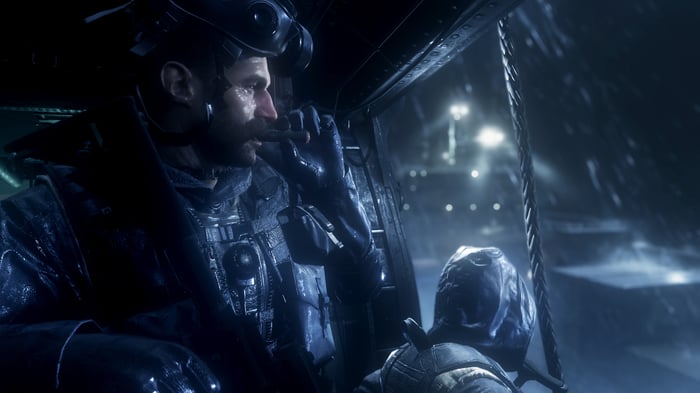 To be clear, I don't think this is necessarily a cost-saving measure on the part of Activision Blizzard -- I'd argue that the work that'd go into remastering the single-player portion of Call of Duty: Modern Warfare 2 is significantly greater than the work required to remaster the multiplayer portion (which makes significant reuse of art and level assets that will already have to be developed for the single player game).

Instead, I think this is about Activision Blizzard trying not to fragment the Call of Duty player base any more than it already is.

An important part of a multiplayer game is player scale -- the more people who play the game, the easier it is for players to find matches with other players.

If Activision Blizzard were to introduce a multiplayer component to the remastered version of Modern Warfare 2, then there is a significant risk that this could siphon off players from the company's more modern titles (e.g. Call of Duty: WWII).

While at first, it might seem as if this wouldn't be a problem for Activision Blizzard -- since players would simply be moving from one Call of Duty game to another -- it's actually a huge problem.

It's all about DLC

One of the ways that Activision Blizzard continues to wring revenue and profit out of the newer Call of Duty games is by continuing to release new map packs and other content -- known as downloadable content (DLC). The more people there are actively playing a Call of Duty game, the more likely it is that Activision Blizzard will be able to sell DLC.

Activision Blizzard is far less likely to want to invest in building a steady stream of DLC for a remastered version of an old game -- the company needs to dedicate most of its development resources to supporting its newest, most exciting titles. Moreover, it's unlikely that players of a remastered version of an old game aren't interested in sinking additional money into new content for an older game.