Shares of LaSalle Hotel Properties (NYSE:LHO) are up by more than 15% as of 12:00 p.m. EDT on news that Pebblebrook Hotel Trust (NYSE:PEB) offered to acquire the hotel REIT in a stock-for-stock transaction. Pebblebrook took its offer directly to LaSalle shareholders after the company declined its bid.

Pebblebrook proposed an all-stock deal in which LaSalle Hotel Properties shareholders would receive 0.8655 shares of Pebblebrook for every LaSalle share they currently own. Based on trading prices at 12 p.m. EDT, the offer values LaSalle at approximately $30.32 per share. 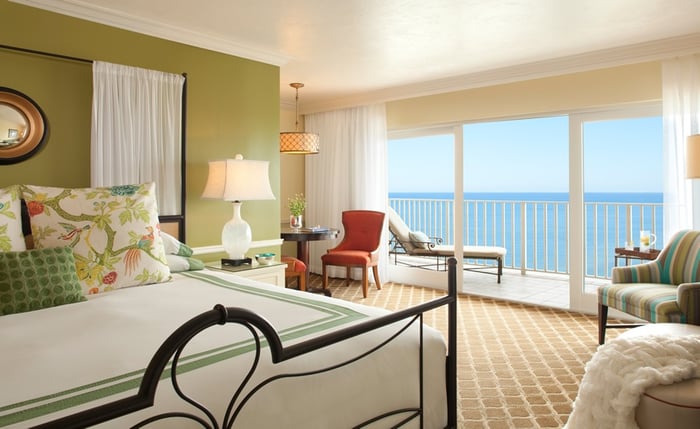 Pebblebrook wrote in a letter to LaSalle dated March 6 that it believed the transaction would create a "clear leader in the lodging REIT sector" that would own "the premier, best-in-class portfolio comprised of 69 primarily upper-upscale and luxury" hotels. Importantly, the transaction would be a tax-free exchange, allowing the companies to pair up without creating a tax burden for LaSalle shareholders.

LaSalle responded, albeit briefly, to Pebblebrook's proposal approximately two weeks later, stating that its board of directors determined that the "proposal is insufficient from both a price and mix of consideration perspective and is therefore not in the best interests of LaSalle Hotel Properties shareholders." LaSalle's board unanimously rejected the merger proposal.

By Pebblebrook taking its case for a merger directly to shareholders of LaSalle Hotel Properties, it suggests it isn't going to take "no" for an answer -- at least not easily. The REIT wrote that it's "prepared to engage in discussions around price and mix of consideration as warranted by due diligence." In other words, Pebblebrook is willing to bust out the checkbook, but only if LaSalle is willing to open up for deal talks.

When companies are slow to engage would-be acquirers, I like to look at executives' personal financial incentives for entertaining a merger or acquisition. LaSalle's President and CEO Michael Barnello stands to collect about $5.5 million in payments upon a change in control. A change in control and termination of his employment for "good reason" would net him approximately $12.5 million in payments, according to its most recent proxy filing.

Barnello earned about $6.1 million in total compensation as LaSalle's chief executive last year, so he and other executives may not be particularly motivated to sell and move on. Pebblebrook, however, appears very motivated to make a deal.