I recently had a conversation with an executive at a large bank about change in control payments. He argued that they are common throughout the industry -- the implication being that they couldn't possibly be bad. While I agree that they are in fact standard practice among banks, that by no means makes them good from the perspective of shareholders.

Change in control payments are easy to understand. If a bank is bought by another bank and the CEO of the acquired bank either resigns or is fired, then that CEO qualifies for a lump-sum payment. It's a two-step process: (1) change in control and (2) a qualifying termination. 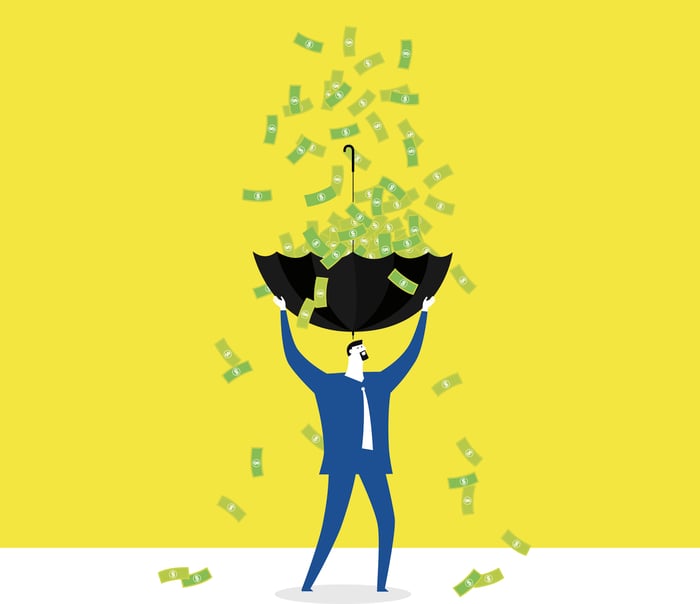 There are two reasons that banks, and for that matter other types of companies as well, include change in control provisions in executive compensation agreements. The first is that they purportedly act as a disincentive for hostile takeovers by making it more expensive to take over a bank and fire its named executive officers.

This makes logical sense, but it isn't credible. It's logical because, yes, it would add an additional hurdle in the course of a hostile takeover. But it isn't credible because hostile takeovers aren't a concern in the bank industry. The amount of regulatory red tape associated with a bank merger or acquisition is so voluminous that it, for all intents and purposes, isn't possible for an unwanted buyer to swoop in and take control of a bank without the ascent of both of the parties, or at the very least one of the parties and the industry regulators.

There are exceptions to this. During the financial crisis, for instance, countless banks were involuntarily taken over by other banks. But this only happened because the banks that were taken over had run into trouble. And generally it was the FDIC that was facilitating the transaction, if not conducting the takeover itself. Why in this case should the executives of a failing bank be paid for a change in control that's brought about by mismanagement?

The second reason given in defense of change in control payments is that they are necessary to, in the corporate vernacular, ensure the continued dedicated service of key employees. If every bank includes these provisions in executive compensation agreements, so the argument goes, then the one bank not doing it won't be able to attract or retain talent. And given the importance of talent in the bank industry, which requires discipline and experience to navigate through the credit cycle, it's critical for any bank to be led by highly capable executives.

Bankers are especially adept at following the leader, particularly when it comes to doing things they shouldn't. "The 'sound' banker, alas! is not one who foresees danger and avoids it, but one who, when he is ruined, is ruined in a conventional and orthodox way along with his fellows, so that no one can really blame him," wrote John Maynard Keynes.

The banking business is no favorite of ours. When assets are twenty times equity -- a common ratio in this industry -- mistakes that involve only a small portion of assets can destroy a major portion of equity. And mistakes have been the rule rather than the exception at many major banks. Most have resulted from a managerial failing that we described last year when discussing the institutional imperative:' the tendency of executives to mindlessly imitate the behavior of their peers, no matter how foolish it may be to do so.

To include a change in control trigger only serves to distort an executives' incentive to enter into a merger or acquisition, creating a conflict of interest between an executive's fiduciary duty to shareholders and his or her desire to maximize their own net worth. Let's say, for instance, that a bank CEO is nearing retirement but wants a couple extra million dollars to buy a house in the Bahamas.

If selling the bank, followed by his or her decision to leave under qualifying circumstances, would pay for the vacation house, then it isn't hard to see how that executive would be conflicted. On the one hand, an executive would want to honor their fiduciary duties to shareholders to act only with their best interests in mind. On the other hand, he or she wants a beach house for his or her grandkids. This puts an executive in an awkward and unfair position. And at the very least it creates an appearance of impropriety -- which, in an industry predicated on trust, certainly doesn't seem prudent.

I'll be the first to admit, as I already have, that these contract provisions are widespread throughout the bank industry. But like the common practice of lending to uncreditworthy borrowers that prevailed in the bank industry prior to the financial crisis, just because everyone else is doing something doesn't mean it's good for shareholders or, for that matter, the executives themselves, who leave themselves open to criticism by following the crowd.