China's command economy is plowing huge sums of money into innovation. Here are two ways that investors can benefit.

China is a hotbed of innovation these days.

From the development of blockchains to CRISPR genomic editing to quantum computing, the country has seen an explosion of scientific and technological research in recent years. Many are already referring to Beijing as "the next Silicon Valley."

China's government has been eager to further fuel this innovative fire. Perhaps to prove that it's serious about being a leader on the global stage, it has plowed money into basic research for foundational technologies like genomic sequencing and artificial intelligence (AI). The scientific discoveries that come from this research will serve as the intellectual property to support China-based enterprises, many of which are partnering with American companies. BeiGene's CRISPR platform has access to the data of millions of Chinese genomes and has recently attracted an investment from Celgene. Baidu's self-driving cars are powered by autonomous driving chips, and the company is teaming up with U.S. automakers to get them ready for the roads. 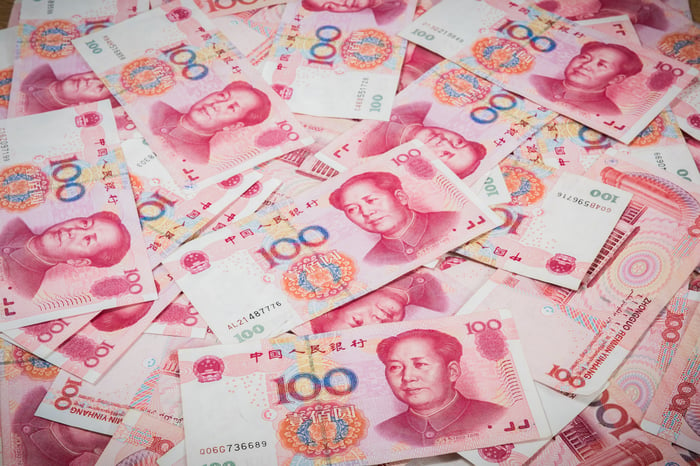 However, this accelerated pace of innovation also puts China's government in a bit of an uncomfortable position. With the goal of maintaining harmony among its citizens, the government also imposes regulations to keep the technological progress in check. China's firewall still spies on user internet behavior and blocks out several foreign-domiciled companies like Facebook. Their social credit system serves as a digital surveillance tool for all citizens, controlling where people are moving within the country to limit overpopulating its crowded cities.

Even so, China's incredible growth rate cannot be ignored by investors. Here are two areas that I believe are very likely to produce excellent investment returns in the coming years.

There's an arms race in industrial robots right now, in which manufacturers are deploying bots just to stay competitive. The government's "Made in China 2025" policy intends for all of the country's manufacturing output to be automated within the next seven years.

That's quite a tall order, and it's been a huge boon for the suppliers of the automated systems. FANUC (FANUY -2.67%) and Kuka (KUKAF -1.29%) have both recently doubled their production capacity shipping to China. They'll also be benefiting from decades' worth of upcoming maintenance and service contracts.

I recently chatted with robotics expert Brian Gahsman about the best opportunities in the space. One thing that became very clear was that China will be driving significant future demand in this industry.

No longer all about smartphones, 5G internet connectivity will be largely intended to enable machine-to-machine communication. This will include wearable devices, autonomous vehicles, and healthcare biometric sensors.

The transition to 5G networks will almost certainly take place first in China, and Huawei will be a huge beneficiary. Huawei tried to partner with AT&T as a way to bring the former's 5G wireless communication equipment and devices to the United States, but the U.S. government blocked the partnership at the eleventh hour due to national security concerns.

Huawei won't have the same issues back home. China has already committed $411 billion to build the world's largest 5G network. To put the magnitude of that number into perspective, the U.S. is expected to spend $150 billion during the next seven years on fiber-optic improvements to support increasing mobile broadband traffic. China is spending more than twice as much as the world's largest economy on developing a next-generation internet infrastructure. Expect to see the device makers ramp up their production lines.

Time to invest in China?

As investors, we're prone to home-court bias. It's much easier to invest in and focus on American companies that serve American consumers. We're already familiar with the names, and with the culture of our own markets.

But let's also recognize that China has 1.5 billion consumers and a command economy that can efficiently allocate capital to very specific sectors. Astute investors would be wise to consider putting money to work in this fast-growing economy.