However, Google overtook both tech giants in 2014, and accounted for 59% of all mobile device shipments to schools last year. That incredible result was fueled by the rise of Chromebooks. 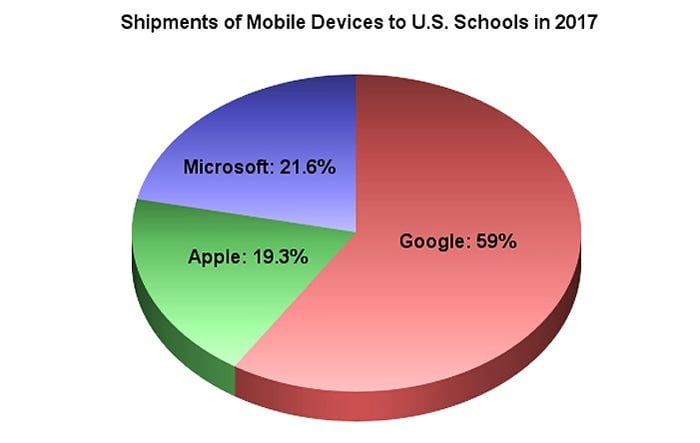 Google introduced Chromebooks as low-cost alternatives to Windows laptops, Macbooks, and iPads in 2011. The devices run Google's Chrome OS, a free Linux-based operating system that is tethered to the company's cloud services.

Schools embraced Chromebooks because they were cheap and easy to administer. Google's cloud services simplified many tasks, like turning in homework and tracking grades, and allowed teachers to collaborate on projects. Consistent software updates from Google also reduced maintenance costs.

Apple could struggle to win this market back from Google. The Mac maker recently unveiled a cheaper iPad squarely aimed at the education market, but the price tag wasn't very competitive.