Ethereum has lost 40% of its value year to date and could have big upside. But that doesn't mean I'm ready to buy.

The massive run-up in cryptocurrency valuations has been one of the most exciting financial developments of the last decade. Crypto-mania seems to be in a cool-down phase at the moment, but those who bought leading coins early have seen tremendous returns.

Ethereum (ETH-USD) has been a huge winner for investors who got in on the ground floor, increasing in value a whopping 3,800% over the last two years, even after big sell-offs in 2018. That's an absolutely incredible return, and the potential to be a part of ongoing momentum on that scale certainly has its appeal. That said, I still have no plans to purchase Ethereum. 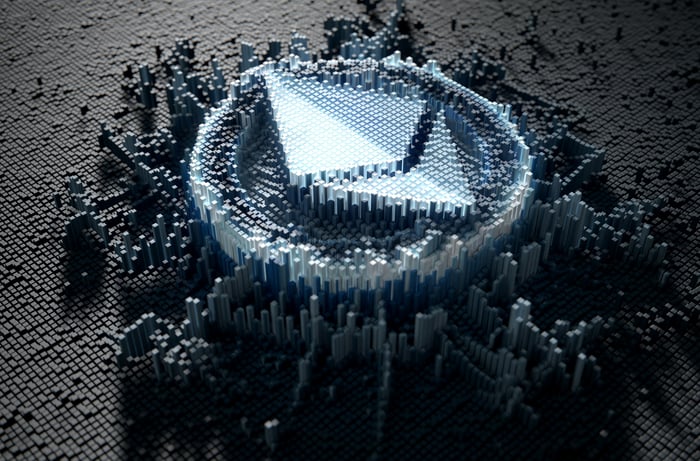 Ethereum is a distributed blockchain network. This basically means that it's a platform for recording and executing data transmissions that's more secure than most other current solutions. Whereas bitcoin (BTC-USD) is strictly an asset that's stored on the blockchain, Ethereum is a network that can run applications. The computing power to carry out these decentralized applications has a cost, which is measured in units -- or tokens called Ether.

With cryptocurrencies at large still in a relatively nascent state, I think there's a high probability that new coins will emerge that have better value propositions than any of today's top coins, even if blockchain proves to be a revolutionary step forward in information tech. The amount of new cryptos that can enter into circulation is essentially unlimited, and I expect that future ventures on the blockchain will surpass most of the current batch of comparable projects.

There's also the possibility that emerging technology, like quantum computing, will render blockchain networks obsolete. Much of the current case for blockchain-backed currencies revolves around the premise that the blockchain allows for secure contracts that can't be altered because the encryption is too complicated to hack, but breakthroughs in quantum computing could change all of that.

Ethereum also has security issues, and it's not clear how the technology will function as it scales. As the size of the network and number of coins in circulation increases, transaction fees and transaction times are likely to rise. As the currency becomes more popular, its usability as a currency will likely decrease -- which has already happened with bitcoin. Ethereum founder Vitalik Buterin estimates that the network's scalability issues will be solved in the next two-to-five years, but with little visibility on how these fixes are progressing, it's a risky bet.

I'm of the mind that a lot of investors in the crypto market don't have a sound understanding of what they're investing in, and this has resulted in a dangerous rise in valuations. If you survey cryptocurrency discussion forums, you might notice that a significant portion of crypto enthusiasts frame their investments in terms of a philosophical or moral rejection of fiat currency systems. I think that type of ideological investing lays the foundation for overvaluation, and the significance of this risk factor increased when cryptocurrencies became a hot topic in mainstream news outlets.

Many crypto investors seem to have purchased coins with the expectation that their holdings will increase in value -- without a well-founded reason for why that should happen. That's not to say that everyone who purchases stocks necessarily has a deep understanding of the underlying businesses or financials of the companies that they invest in. However, in general, there's fundamental value behind publicly traded companies -- so there's a greater degree of risk in not understanding an investment in crypto than there is in an investment in, say, Alphabet or Johnson & Johnson.

There's also the issue of Ethereum's value being closely tied to the value of bitcoin in recent months. At the moment, some coin exchanges require users to first buy bitcoin and then use that cryptocurrency to purchase other cryptos. This, among other factors, has caused much of the movement in the crypto market to be tightly correlated across coins.

Bitcoin's significance to the broader crypto market is evident even in popular terminology, with all other cryptos sometimes lumped together under the banner of "altcoins." That doesn't mean that Ethereum or other cryptocurrencies will always trade in relation to bitcoin, but for the moment, that appears to be the case. If bitcoin crashes, there's a very good chance that it will drag down the value of other major coins -- Ethereum among them.

So I'm staying out of crypto... for now.

Blockchain is a promising technology, but I see too much hype and not enough long-term soundness of product in Ethereum and most other cryptocurrencies. It's certainly possible that the coin will continue on its incredible run and deliver great returns for investors, but it's undoubtedly a high-risk play that could just as easily (or even more easily) go up in smoke.

At present, I don't understand the value case for Ethereum. Perhaps I'm missing it, but for now, that's enough reason for me not to buy it.

Suzanne Frey, an executive at Alphabet, is a member of The Motley Fool's board of directors. Keith Noonan has no position in any of the stocks mentioned. The Motley Fool owns shares of and recommends Alphabet (A shares) and Johnson & Johnson. The Motley Fool has a disclosure policy.