Apple is reportedly planning to end its dependence on the chip giant once and for all.

Shares of chip giant Intel (INTC -2.31%) slumped on Monday following a report that Apple (AAPL -3.00%) was planning to dump the company's chips in favor of its own chips for Mac computers as early as 2020. Apple already designs its own ARM-based chips for its iPhone and iPad devices, but all Macs are powered by Intel processors. Intel stock was down 6.1% at market close, while Apple stock had shed about 0.7% of its value.

The report of Apple's Mac ambitions comes from Bloomberg, which cited people familiar with the plans. The initiative is reportedly code-named Kalamata, and it's still in the early developmental stages. Apple is also reportedly working on a new software platform, set to release this year, that allows iPhone and iPad apps to run on Macs. 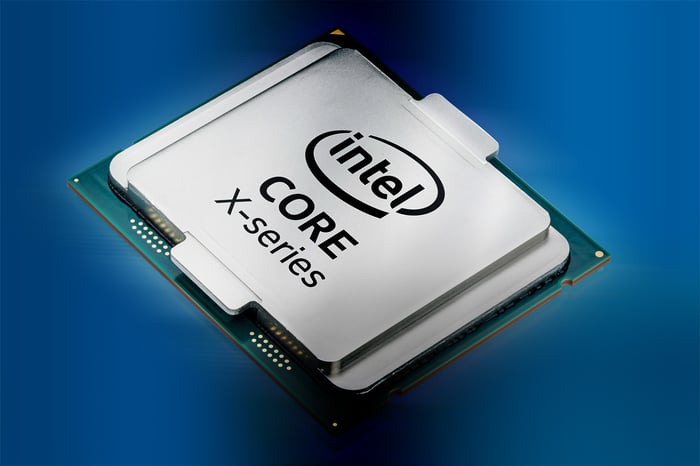 Bloomberg puts Apple-related revenue at about 5% of Intel's annual revenue. The loss of Apple as a customer wouldn't be a major blow to the top line, but it would mark another step in the direction of loosening Intel's grip on the PC market. Late last year, Microsoft unveiled an initiative that will put Windows 10 on laptops powered by Qualcomm's Snapdragon 835 processors, with desktop applications supported through emulation.

With Apple's plans reportedly in the early stages, the company may still abandon the effort before 2020 rolls around. But given the company's resources and the fact that its other devices already run on custom chips, it would make sense for Apple to try and make this move.

One problem that Apple will face if it does move Macs to custom ARM-based chips: Legacy Mac applications compiled for Intel's x86 processors wouldn't work out of the box. Either Apple would need to convince developers to release ARM versions of their software, or it would need to provide emulation support. The latter option is what Microsoft is doing, but that would introduce a performance penalty for emulated applications.

Intel lost the mobile market long ago, despite an effort to get its Atom chips into smartphones and tablets. Its dominance in the PC market is still intact, but it's starting to be challenged on its home turf. Microsoft's initiative was the first blow; Apple's custom-chip push is another. While the immediate impact of Intel losing Apple's business won't be all that large, this is a trend that Intel investors should not be happy about.