The e-commerce and blockchain specialist stumbles after a planned secondary offering falls apart. The stock has fallen over 40% in the past three weeks.

A rough year for Overstock.com (OSTK -4.83%) investors continues. Shares of the online discounter tumbled 19.8% last week, taking a hit after the company announced a secondary offering for 4 million shares. Overstock would go on to pull the deal in light of the swooning stock price, but the damage was done. The dilution fears may be gone, but now the concern is why Overstock was raising money in the first place.

The stock's nearly 20% drop follows a 25% plunge two weeks earlier after posting disappointing financial results and a potential delay in Overstock's tZERO security-token offering. The stock has now fallen in 14 of the past 16 trading days through Monday's close, and the shares have surrendered nearly half their value in 2018 -- a far cry from the stock's scintillating 276% gain in 2017. 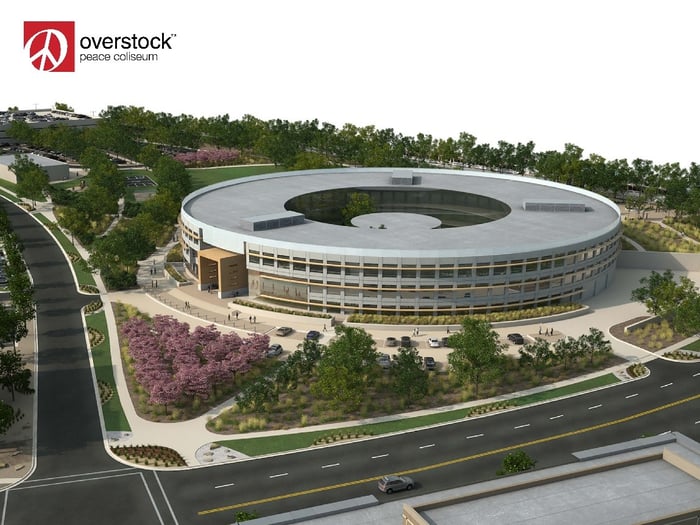 The harder they fall

Overtstock roared to life last year as its Medici subsidiary gained momentum as a crypto play. It didn't seem to matter that its namesake online storefront would go on to post only its second annual loss over the past nine years. Investors hungry for a publicly traded play on blockchain technology and bitcoin warmed up to Overstock as its tZERO security-token offering grew in hype.

It's been a rude awakening this year for investors chasing last year's winner. Overtstock's original business is in a funk. Revenue declined 13% in its latest quarter, checking in with a loss during the significant holiday period.

Overstock is blaming the sales shortfall on cutthroat competition, and it realizes that it's going to have to spend money to make money in this climate. It's also continuing to explore strategic alternatives that may involve selling off its internet retail business if it finds a serious buyer.

At least one Wall Street pro sees an opportunity in the recent sell-off. Tom Forte at DA Davidson is reiterating his $100 price target this week, a lofty goal that would require the stock to triple to get there. He still sees significant value in both Overstock.com and its crypto exposure through Medici.

He continues to believe that its original e-commerce business is worth $48 a share, more than the entire company is being valued at these days. He sees materially improving sales trends for the first quarter, though Overstock itself is already bracing investors for a pre-tax loss of $50 million for the period. The tZERO token offering could also provide a near-term catalyst once the Securities and Exchange Commission's enforcement division is done sniffing around.

A sales recovery or the market rekindling its interest in crypto can help Overstock, but right now it's hard to get excited about one of the market's biggest sinkers over the past three weeks.