Tuesday saw a strong session on Wall Street, as major benchmarks bounced back from Monday's big drop. The Dow was higher by nearly 400 points as investors seemed to set aside concerns about the geopolitical and macroeconomic picture in favor of waiting for earnings season to begin later this month. Despite the big gains, though, some stocks didn't manage to participate in the rally. Switch (NYSE:SWCH), Rigel Pharmaceuticals (NASDAQ:RIGL), and Longfin (OTC:LFIN) were among the worst performers on the day. Here's why they did so poorly.

Shares of Switch dropped almost 16% after the technology infrastructure company reported disappointing results for its fourth quarter. On their face, the company's numbers seemed solid, with revenue climbing 21% from the year-ago quarter and churn falling sharply. But investors couldn't get past substantially worse losses than they had foreseen, and even calls for better results in 2018 weren't enough to make shareholders more comfortable with the company's prospects. The data-center market was crowded when Switch went public last October, but the lack of strong performance from Switch has stood out in this hot market for tech companies. 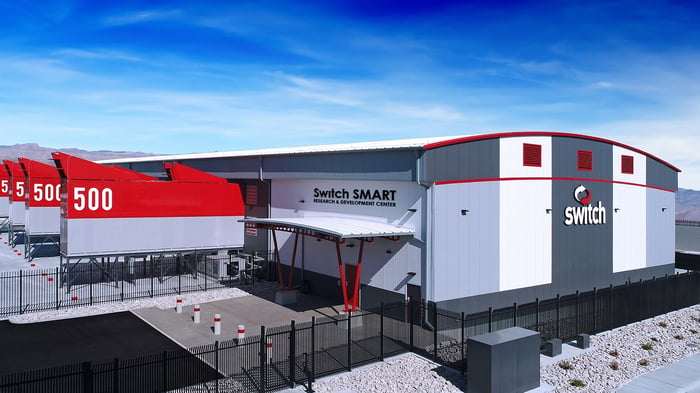 Rigel Pharmaceuticals stock fell nearly 14% in the wake of poor performance in a phase 2 trial of its fostamatinib treatment for a rare autoimmune kidney disease. Rigel said that the trial failed to reach statistical significance for mean change in proteinuria compared to groups receiving a placebo. The news isn't as bad as it could be, because fostamatinib has already done well in treating a different rare blood condition. However, investors had hoped that the treatment would be able to expand its addressable market with favorable results. Now, it appears that Rigel will have to count on making the most of the more limited population it can help with the drug if the Food and Drug Administration looks favorably on its application in the near future.

Finally, shares of Longfin plunged 31%, adding to losses over the past month. The company that recently pivoted toward the cryptocurrency arena said in its annual report that the Securities and Exchange Commission had opened an investigation of Longfin in early March, asking for information about its initial public offering and its purchase of a small blockchain company. Longfin said that it's in the process of answering the request and intends to cooperate with the SEC, but investors fear that this could spell the beginning of the end for Longfin's brief run of investor notoriety.