Looking for stocks that promise growth and are trading on the cheap? Give these three beaten-up businesses a closer look.

While volatility has returned to the stock market in recent weeks, most companies in the S&P 500 still are trading at lofty valuations. However, even in times like these, there's value to be found if you're willing to turn over enough rocks.

We asked a team of investors to highlight a company that's still in growth mode but is trading at a severely discounted price. Here's why they picked Kroger (KR -1.69%), YY (YY -3.94%), and Celgene (CELG). 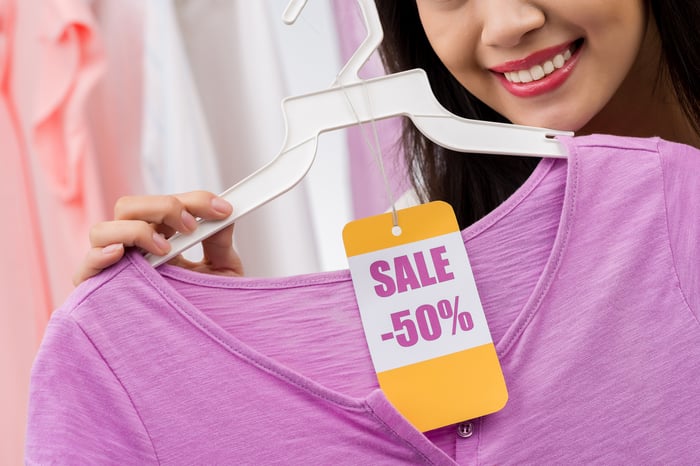 A growing social player in China

Leo Sun (YY): YY is a Chinese social media company that generates most of its revenue from its live-streaming services -- which include YY Live for music, entertainment, sports, and e-learning videos, and Huya, which mainly features video gaming streams. YY monetizes these streams by selling virtual items for unlocking premium features or virtual gifts for broadcasters.

The company also makes money from its older online gaming, membership, and advertising businesses. It's pivoting away from these slower-growth businesses to focus on the growth of its live-streaming platforms.

YY finished the fourth quarter of 2017 with 76.5 million monthly active users, which represented 37% growth from the prior-year quarter. Its total paying live-streaming users, who buy the platform's virtual goods, rose 25%, to 6.5 million.

YY remains fundamentally cheap due to concerns about Chinese regulators cracking down on streaming platforms and rising competition from Weibo and Momo, which both offer similar live-streaming services. Nonetheless, YY has a first-mover's advantage and remains one of the top plays in China's growing video streaming industry.

A 30% discount on aisle three

Demitri Kalogeropoulos (Kroger): Its stock has shed over 30% in the past three years, but Kroger's business is in a stronger position than that slump would imply. In fact, the supermarket chain just wrapped up its 13th consecutive year of market-share gains as its base of loyal customers has grown.

Yes, comparable-store sales growth has slowed to a fraction of the 5% rate that shareholders saw back in 2015, but Kroger has improved on its expansion trajectory in each of the past four quarters. Its private brands, meanwhile, including Kroger and Simple Truth, are some of the industry's most successful franchises and accounted for almost 30% of sales volume last quarter.

CEO Rodney McMullen and his team are hoping to lean on that brand loyalty as they extend into other product categories and make an aggressive push into home delivery of prepared foods. Those strategic moves plus continued price cuts should make 2018 another year of weak profits for the retailer. However, value-focused investors have a chance at solid returns from this market leader, which is currently priced at just 11 times earnings -- or about half the valuation that it fetched in early 2015.

Brian Feroldi (Celgene): Picture this: A company has grown its profits by 25% annually over the last five years, its management team is on record stating that it will grow by another 19% annually over the next three years, and its stock is trading for less than nine times forward earnings. Sound too good to be true? It's not -- that's exactly the situation that biotech giant Celgene finds itself in today.

Celgene's stock has fallen by 40% since its 2017 highs over a series of flubs. First, a promising treatment for Crohn's disease flopped in a phase 3 trial. Next, sales of the company's fast-growing psoriasis drug Otezla are starting to slow down. Finally, Celgene received a Complete Response Letter from the Food and Drug Administration (FDA) for its much-hyped multiple sclerosis treatment ozanimod. When all these things are taken together, management had no choice but to dial back its near-term growth projections. Wall Street has responded in kind by thrashing the company's stock.

However, I can't help but feel that the selling has become overdone. After all, Celgene still is wildly profitable and its top-selling multiple myeloma treatment Revlimid should remain a cash cow for years to come. Other drugs like Pomalyst, Otezla, and Abraxane also are pulling in billions in profits annually. Finally, Celgene boasts a pipeline that's packed with potential, especially now that it recently made a splashy move in the CAR-T space with its buyout of Juno Therapeutics.

Overall, I believe that there's ample reason for investors to believe that Celgene will remain in growth mode for years to come. Buying while shares are trading at a dirt-cheap valuation should lead to market-beating results for investors who can take the long view.