That's going to leave a mark. Newell Brands (NWL -3.96%) got into a dispute with Office Depot (NASDAQ: ODP) and held back shipments to the office retailer reportedly  because it thought Office Depot was not doing enough to promote Newell's Sharpie markers and other writing instruments. And that cost it some money.

The segment that includes writing products saw a $54 million year-over-year sales drop in the fourth quarter and management noted in the conference call with analysts that " invoice sales at our third-largest customer were down over 55% related to a trade dispute we hope to resolve by the second quarter of 2018."

While the two sides have indeed repaired their relationship, the situation was proof to activist investor hedge fund Starboard Value that Newell's management and board are "dysfunctional." Billionaire investor Carl Icahn, who beneficially owns 6.9% of Newell's shares, has now stepped in to try to straighten things out. 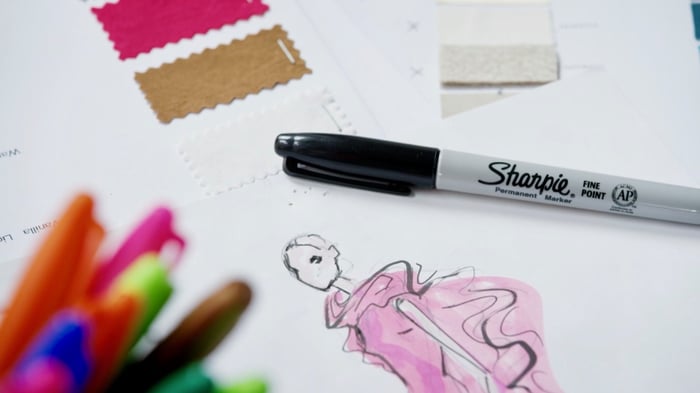 Newell announced in late 2015 that it was purchasing consumer products and sporting goods maker Jarden in a cash and stock deal worth about $13.2 billion. That deal was completed, but everything didn't end happily ever after.

Former Jarden Chairman Martin Franklin and two other former Jarden executives early this year joined with Starboard Value, which owns a 4% stake in the company, to oust the entire Newell board and install the old Jarden management team to run the company. The executives were reportedly unhappy with their role after their company was absorbed and believe Newell management was on the wrong path as a whole.

They alleged that Newell's efforts to sell off businesses that account for about half of its customer base was a ploy to distract from management failures. Starboard Value says it's not opposed to asset sales, but rather the ones chosen for divestiture need to be carefully selected. It says, "Asset sales on their own are not a panacea for operational issues."

The former Jarden executives who had joined Starboard in its proxy fight agreed to step back after the deal with Icahn was announced.

Cutting your nose off to spite your face

There were doubts from the beginning about how two companies that pursued growth-by-acquisition strategies would be able to achieve the synergies promised in the deal. That it ended up in acrimony likely surprises no one, but the spat with Office Depot suggests that the criticism from the opposition slate might have some merit.

The office supplies retailer is slowly sliding toward oblivion following its failed merger attempt with Staples, which itself has since been taken private. Newell CEO Michael Polk told The Wall Street Journal (subscription required) that the dispute stemmed from Office Depot's declining business and its subsequent failure to promote Newell brands like Sharpie, Paper Mate pens, and Elmer's glue, as they had agreed.

Newell ended up halting some shipments to the retailer because, Polk was quoted as saying:

When those guys feel that foot-traffic pressure, they have to cover their margins and their earnings. How to they do that? They hold on to spending and don't pass it through to the consumer. If you don't contest that when it occurs, you find yourself funding their margin and you can't do that.

While there's sense in his point, Newell Brands also shot itself in the foot. Core sales in its learn segment, which includes its writing business, tumbled 10% from the year-ago period as net sales fell from $605 million to $551 million. Operating income plunged to $50.7 million from $98.1 million and operating margin was slashed to 9.2% from 16.2% a year ago.

Feeling the heat from Starboard Value, Newell Brands reached a cooperation agreement with Icahn. Newell immediately appointed four directors to the board at the billionaire's request, including his son, Brett Icahn, with one of them serving as chairman. In what could be deemed another swipe at its rivals, Newell said it was accelerating its divestiture plans because it sees more opportunities to shed more of its product portfolio.

While Starboard Value and Icahn have different visions for Newell Brands, the hedge fund says it is willing to give the billionaire investor a chance to make progress with the company. That might still be a tall order. Newell Brands has $9.9 billion in long-term debt that's come from financing its acquisition spree over the years, and only has $486 million in cash. Its stock has lost 47% over the past 12 months.

The retail environment is challenging and divesting businesses is going to be painful.