Please ensure Javascript is enabled for purposes of website accessibility
Log In Help Join The Motley Fool
Free Article Join Over 1 Million Premium Members And Get More In-Depth Stock Guidance and Research
By Ashraf Eassa – Apr 5, 2018 at 11:45AM

Fleshing out the remainder of its eighth-generation Core desktop lineup.

On April 3, chip giant Intel (INTC -2.76%) announced a slew of new processors targeted at the notebook and desktop personal computer markets. The focus of this article will be on the new desktop processors and related platform technologies that Intel is introducing.

Back in October 2017, Intel launched its first set of eighth-generation Core processors for desktop computers, as well as a new platform called Z370 for gamers and personal computer enthusiasts. However, to the rest of the market -- think non-enthusiasts, business users, and budget-minded computer buyers -- Intel continued to offer its seventh-generation Core processors. 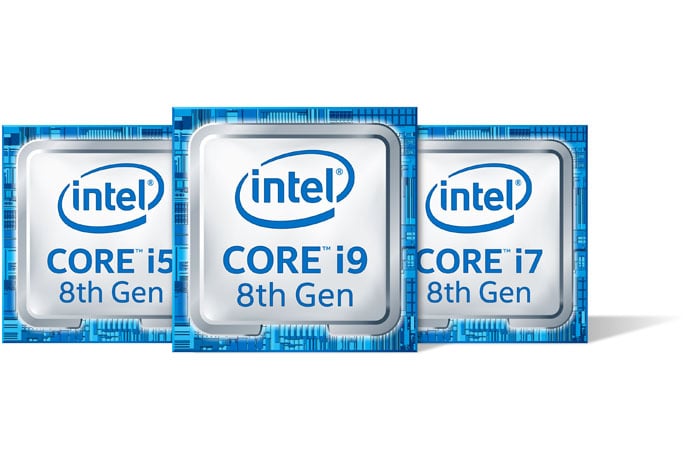 That changes with Intel's new product releases. Let's dive in, shall we?

Intel announced new desktop processors based on its Coffee Lake architecture as part of its latest round of product releases. For computers that use standard power processors, Intel launched three new chips: Core i5-8600, Core i5-8500, and Core i3-8300. These are slightly faster versions of chips that Intel introduced back in October.

These new standard-power chips aren't game changers by any means, but they're a bit faster than what came before them and should command slightly higher prices (something that's good for Intel's ongoing processor average selling price growth story). Intel putting out better products is always a positive in my book.

The real action on the desktop, though, is in the company's new low-power chips. Intel is launching a whole suite of low-power versions of its processors ranging from low-end Core i3 parts all the way to high-end Core i7 products.

These low-power chips often find their way into exciting, power-constrained form factors like slim all-in-one desktop computers, small form factor desktops, and even simply more power efficient tower desktops. These chips are substantially faster than their predecessors since they have significantly more processor cores, so they're another win for Intel.

Finally, Intel is releasing versions of its Coffee Lake chips with support for the company's vPro security and manageability features, which are targeted at business users.

The first wave of Coffee Lake processors that debuted back in October 2017 launched alongside the company's Z370 Platform Controller Hub (PCH). Motherboards based on Intel's Z-series platforms are aimed at high-end users, typically gamers and other enthusiasts who intend to push their chips outside of Intel's rated specifications.

The Z-series boards are also generally paired with the company's K-series processors, which are "unlocked" to allow customers to push them to higher-than-rated speeds.

For users who don't buy these unlocked chips, the pricier Z-series motherboards typically don't make a lot of sense, especially as they tend to be overprovisioned in ways to accommodate chips being pushed to higher-than-rated speeds, something that can drastically increase power consumption.

With this new round of product launches, Intel is also releasing three additional PCH chips for its Coffee Lake processors: H310 for low-end consumers, B360 for midrange, and H370 for high-end (but not enthusiast) consumers.

But, more importantly, the boards based on these new PCH chips should be cheaper than their Z370-based counterparts as the boards themselves won't need to be designed to handle the punishing requirements of people who will push their K-series chips well outside of rated specifications.

Ultimately, with the launch of these additional Coffee Lake desktop processors and wider range of accompanying PCH chips, Intel is bringing Coffee Lake to a much wider range of potential customers. The Coffee Lake chips are measurably better than their predecessors as far as performance goes, and the new platform features that Intel brings to the table with H370, B360, and H310 are solid, if not huge, improvements over the prior generation.

All told, this is a good launch from Intel. Well done.