They would be stronger together than apart.

A merger between Kroger (KR 2.17%) and Target (TGT 3.41%) might not be happening, but that doesn't mean it shouldn't. There are some very compelling reasons why the largest pure-play grocery chain and the leading mass merchandiser should consider joining forces.

Tech-oriented publication Fast Company got tongues wagging when it reported that sources confided the two retailers had been in negotiations since last summer about a tie-up, though they're apparently conflicted about whether a merger was the best route for both. The rumor, however, was quickly squashed when an equally anonymous source said the story was untrue.

But what might not happen today, could still occur tomorrow, and when it comes to Kroger and Target, this is a deal worth considering. 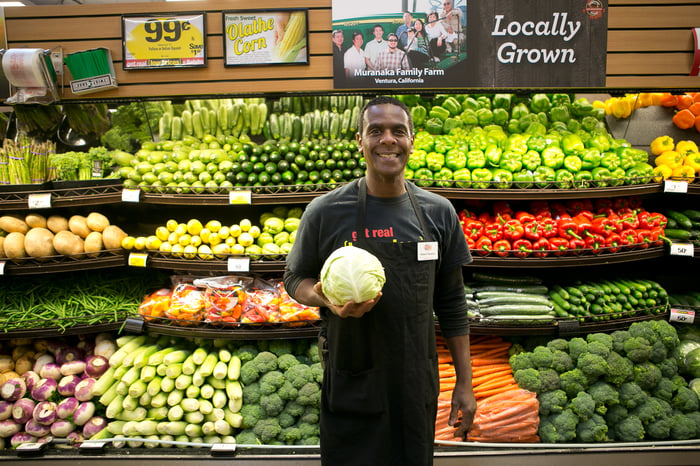 The purchase of Whole Foods Market by Amazon.com (AMZN 4.50%) has lit a fire under the feet of supermarket chains, which suddenly saw a clear threat to their business. Although the organic grocer has just 450 stores, putting the financial prowess and retail expertise of the e-commerce king behind it revealed to every grocery store chain that they had holes in their business plans.

Since the acquisition, supermarkets have been busy shoring up their operations with deals and acquisitions of their own. Delivery suddenly became a preeminent concern of the chains. Albertsons, for example, which had begun ramping up investments in its digital capabilities, subsequently signed on Instacart to offer same-day delivery of groceries in as little as an hour. It also bought meal kit delivery service Plated and just announced it was going to be launching an online platform for third-party consumer products retailers to sell their goods.

Kroger, which also began piloting a test with Instacart, entered discussions with Amazon rival Alibaba, which has been looking to expand its offerings in the U.S. The supermarket giant reportedly wants to similarly expand in China, and a tie-up with the Chinese e-commerce giant was also rumored.

Other chains that struck deals or expanded their existing arrangements with Instacart to give themselves a digital and delivery presence include Ahold Delhaize, Costco, Publix, and Walmart. Walmart's Sam's Club warehouse club is testing the service in several markets before rolling it out further, and possibly presaging a future venture with Walmart itself.

Target ended up buying Shipt for $550 million, a delivery service that Kroger had once considered buying. Kroger also tried to buy online wholesaler Boxed, but was rejected after its founder wanted to be acquired by Amazon instead. 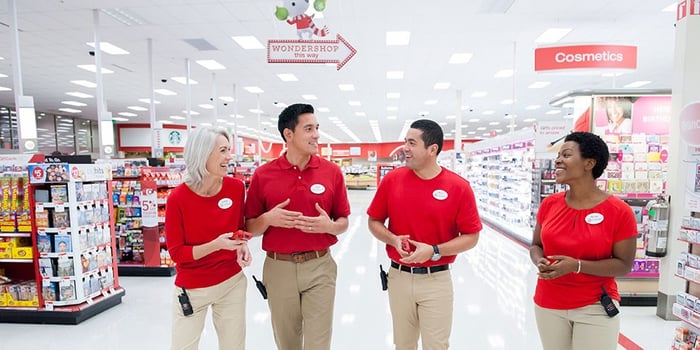 So what would make a Kroger-Target merger special? Joining their respective businesses together would fill areas where their existing operations are lacking. For example, although Target already sells groceries that account for 20% of its $72 billion in annual sales, Kroger sells more than 10 times as much as Target and it's perceived as being of higher quality.

In contrast, Kroger has just begun expressing a desire to add goods and products that fall outside of produce and canned goods, such as clothing and hardware items, while those items comprise almost 40% of Target's revenues.

Joining their businesses together would create a single entity with $195 billion in annual sales. They would have some 4,600 stores nationwide, and that would make it difficult for Whole Foods Market to match. It would also stop Amazon from acquiring Target and opening Whole Foods stores inside the retailer, or otherwise steal market share from them. Kroger has more to lose in this regard than anyone.

Of course, an acquisition might not work out as intended. Fast Company noted it was estimated that 70% of consumers will shop online for groceries within the next five to seven years, with spending hitting as much as $100 billion as early as 2022. That's a large market for both Kroger and Target to tap into, but nothing about their operations to date other than hurrying to play catch-up suggests they'll steal a significant portion of that spending.

Kroger has spent more time shoring up perceived deficiencies in its brick-and-mortar presence, with acquisitions of Harris Teeter, Roundy's, a bunch of Farm Fresh stores from Supervalu, and 11 bankrupt Marsh Supermarkets.

Still, together, even if it didn't thwart Amazon, it would allow them both to better challenge Walmart, which owns 26% of the $800 billion U.S. grocery market. Together, they would have a near-12% share, the second largest (Kroger already has an 11% share). It might also give them the strength to take on deep discounters like Aldi and Lidl, both of which are aggressively expanding in the U.S.

Kroger and Target may not be merging, or even talking about it anymore, but that doesn't mean they shouldn't pick up the phone and begin negotiating.