Please ensure Javascript is enabled for purposes of website accessibility
Log In Help Join The Motley Fool
Free Article Join Over 1 Million Premium Members And Get More In-Depth Stock Guidance and Research
By Chris Neiger - Apr 5, 2018 at 11:05AM

It's all about the cloud.

The attention-grabbing headlines surrounding Amazon.com (AMZN -2.86%) often involve the company's rollout of new Echo devices, its award-winning television shows, and its massive e-commerce platform. And, of course, the company is often blamed for hurting small businesses, even though some recent data shows that's not exactly true.

But when you zoom out and to take a big-picture view of the company, it's easy to see that one of the company's best long-term prospects is its cloud computing services, Amazon Web Services (AWS). The company's retail business still generates more revenue, but AWS is growing quickly and has far better margins than Amazon's e-commerce sales.

The public cloud computing market will reach an estimated size of $411 billion by 2020, up from just $260 billion last year. Gartner expects 70% of public cloud services revenue to be dominated by the top 10 public cloud providers through 2021, which is great news for Amazon, considering that it's the top dog in the space right now. Additionally, the greatest concentration of growth in the cloud market is expected to come from infrastructure-as-a-service, of which Amazon is already the leader.

How AWS is performing

If Amazon were simply dominating the cloud computing market, it would be enough for investors to consider investing in the company, but the fact that Amazon is actually profiting from AWS and experiencing rapid growth makes the case even stronger.

AWS brought in $5.1 billion in revenue in the fourth quarter of 2017, with year-over-year sales growth of 45%. The company also earns generous margins of 26.5% from the business, compared to just 4.5% for its North American e-commerce segment, and earned $4.3 billion in operating profit from AWS for full-year 2017. 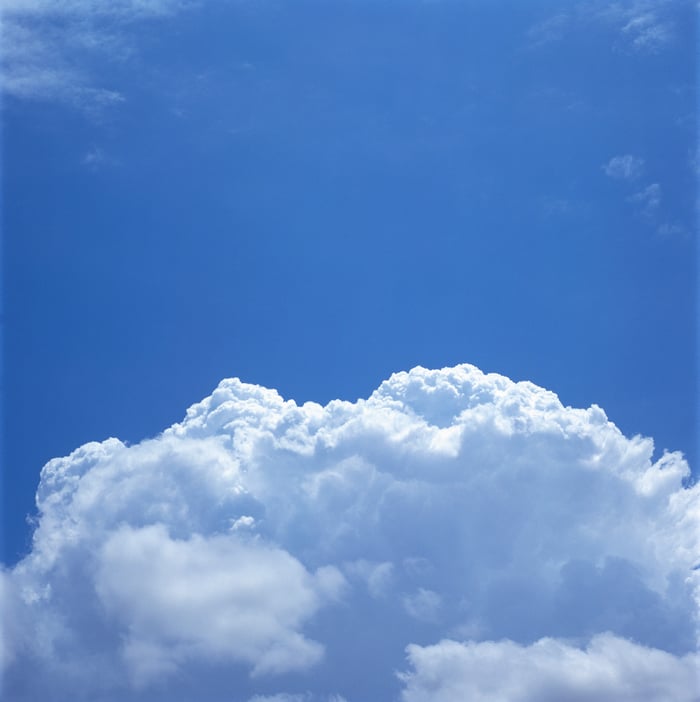 Amazon isn't alone in the cloud space, of course. Microsoft is the company's closest and most aggressive competitor. The Windows maker recently increased is cloud computing market share from 16% to 20%, and in the first quarter of fiscal 2018, Microsoft reached an important internal goal of having a $20 billion annual run rate for its cloud computing services.

But even with Microsoft's aggressive push, the company is still playing catch-up to Amazon and hasn't figured out how to overtake the mammoth AWS business.

Expensive, but with big opportunities

Investors considering jumping in with Amazon may be concerned about the company's pricey shares, which trade at about 90 times the company's earnings. But they should remember that Amazon has also built out a robust e-commerce business, a vast ecosystem through its Prime membership, and is quickly becoming an Internet of Things leader with its Echo devices and Alexa smart assistant.

On top of all that, the cloud computing market is still expanding, and in the next two years more than 90% of enterprises will use multiple cloud services and platforms, and increase spending for cloud services, as they shift from managing their own data centers to hosting data on the cloud. Amazon has already positioned itself as the public cloud computing leader and is continuing to benefit from the market's growth, which likely makes it a great long-term investment in the cloud computing space.