Gilead Sciences' (GILD 0.80%) management, in its quest for new growth to replace falling hepatitis C revenue, has settled on nonalcoholic steatohepatitis (NASH) treatment as the company's next big opportunity. NASH is a chronic liver disease affecting an estimated 80 to 100 million people in the U.S. alone. In fact, at a recent healthcare conference, CEO John Milligan recently called NASH the "third big leg of the stool" for Gilead's business model.

Intercept Pharmaceuticals' (ICPT 0.22%) FXR agonist (farnesoid X receptor), Oclavia, is a key regulator of bile acid levels in the liver and small intestine and is potentially well-positioned to be a market leader in NASH. Oclavia is the only drug that has received the Food and Drug Administration's Breakthrough Therapy designation for NASH. The drug's Regenerate 3 trial should provide interim data by mid-2019 -- data that could support a filing for approval.

So why doesn't Gilead just buy the company (and its drug) already? 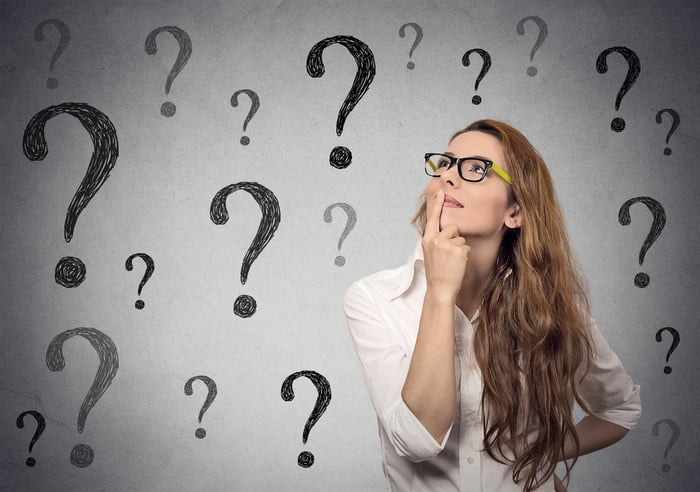 It doesn't think the drug is best-in-class

There's plenty of data to back up this supposition. Ocaliva has a boxed warning because of the serious dangers it poses to certain patients with liver cirrhosis -- even death -- so there's plenty of room for a competitor drug with a better side-effect profile.

Gilead has its own FXR agonist, GS-9674, and management is bullish on its profile vis-a-vis Ocaliva. Gilead Chief Scientific Officer Norbert Bischofberger has speculated in the past that Gilead's FXR agonist could be "equally active without any of the side effects."

Time will tell whether Gilead is right. GS-9674 is in midstage trials (well behind Ocaliva), so we'll have to see whether the data bears out Bischofberger's supposition. Gilead is also developing two other potentially major NASH drugs to target different pathways to the disease: selonsertib (an ASK-1 inhibitor) and GS-0976 (an ACC inhibitor).

This isn't a sign that Gilead sees FXR agonists as particularly speculative and is trying to spread its bets in case they flop. In fact, Bischofberger said at a recent healthcare conference: "Well, FXR agonists are, I would say, proven to work in NASH. There was the FLINT study that was carried out by another company that clearly showed that the compound has efficacy." The FLINT study was conducted by Intercept, by the way. When you're citing a competitor's study as your proof that a drug class works, I think that's a pretty good sign both that the competitor is a wee bit ahead in the development game and that you're confident in their science and trial design.

Gilead's intention in developing several drugs is to see whether combinations of treatments that target the different elements of NASH (that is, the inflammation, metabolic, and fibrotic components) can perform even better than individual drugs.

The price is too high

Intercept currently has a roughly $1.7 billion market cap, which makes the company a steal if you believe that Ocaliva has any upside outside primary biliary cholangitis (PBC), an autoimmune disease of the liver. Put differently, if you think the drug will get approved and will make any money in NASH or primary sclerosing cholangitis (PSC), another chronic liver disease management is evaluating the drug to potentially treat, then the company is arguably undervalued. After all, analysts estimate that PBC alone is worth around $300 million in peak annual sales, which means the company is valued at a little over five times peak annual sales, near the 3x-5x multiples you often see in biotech takeout scenarios. That means there's very little upside for PSC or NASH priced in. 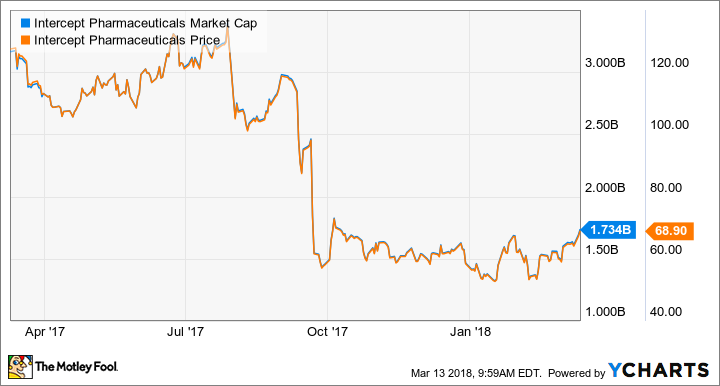 This is a known issue in biotech. In fact, Milligan put it succinctly when discussing merger and acquisition opportunities in general (not related directly to Intercept) at a 2016 healthcare conference: "Does management's mindset change relative to their market cap, and the answer is almost always no. The high is the new floor."

If Intercept's management is approaching things from that perspective, Gilead could like Ocaliva and still choose not to buy Intercept -- because, frankly, there are way too many question marks surrounding Ocaliva for a valuation of $3.5 billion or more to make sense.

We may never know the real answer

And I'm OK with that. At the end of the day, Gilead is positioning itself as a portfolio player in NASH, with drugs attacking the disease from several angles. I believe that this "kitchen sink" method of attacking the disease provides the best opportunity for investors today. I also respect the fact that the $36.7 billion in cash and equivalents on Gilead's balance sheet isn't burning too big a hole in management's pocket -- a sign of good discipline.