FCA said it will spin off its parts subsidiary, Magneti Marelli. Here's why.

Fiat Chrysler Automobiles (FCAU) said on Thursday that it will move ahead with a plan to spin off its Magneti Marelli parts subsidiary by early next year.

The move isn't a surprise. FCA has been looking to sell or spin off Magneti Marelli for at least a couple of years now. Here's what we know, and what it might mean for FCA's shareholders.

FCA will spin off Magneti Marelli to shareholders

FCA said in a statement that its board of directors approved a plan to create a new holding company for Magneti Marelli, and to distribute shares of that holding company to existing FCA shareholders "by the end of 2018 or early 2019." 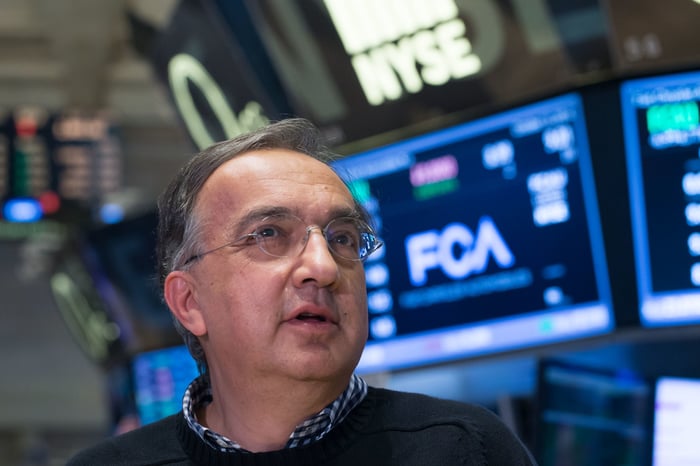 CEO Sergio Marchionne said the move will deliver some value to FCA's shareholders while giving Magneti Marelli more strategic flexibility. It's part of a larger plan to be revealed later this year, he said:

The spin-off will also allow FCA to further focus on its core portfolio while at the same time improving its capital position. A separation of FCA and Magneti Marelli is a key ingredient of the 2018-2022 Business Plan which will be communicated in June. The FCA Board of Directors are confident that this separation is the proper next step, and will be beneficial for Magneti Marelli, FCA and our shareholders.

FCA expects Magneti Marelli's shares to be listed on the Milan stock exchange once the transaction is completed.

The spinoff follows at least one known attempt at a sale 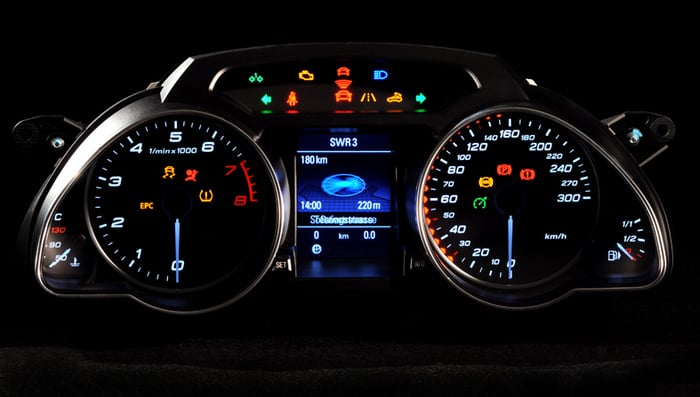 If you think that's a combination that might be appealing to a large electronics company looking for a quick entry into autos, you might be right. FCA apparently explored the possibility of a sale to at least one potential buyer: Bloomberg and other media outlets reported in 2016 that FCA was close to a deal to sell Magneti Marelli to Korean giant Samsung Electronics.

But for whatever reason, the deal never happened. Samsung bought another connected-car supplier, Harman International, a few months later.

This is probably why FCA is spinning off Magneti Marelli now

So why spin it off now? Marchionne's mention of the 2018-2022 business plan is a clue. He's nearing retirement, and that plan is expected to be a road map for the company's future after his departure. And Marchionne wants to hand off FCA with as low a level of debt as he can manage.

FCA had 17.97 billion euros ($21.97 billion) of debt as of the end of 2017, but the critical number is what the company calls "net industrial debt," its automotive-related debt minus the total of its cash and available credit lines. That number stood at 2.39 billion euros ($2.92 billion) as of the end of the year. Marchionne would very much like to erase it entirely before he leaves.

That seems likely to happen in any event. FCA's profit margins have been strong recently. It's very possible that the company could reduce its net industrial debt to zero (or put another way, reduce debt below the level of its total cash and credit lines) without raising funds via a transaction.

The spinoff of Magneti Marelli, which is probably worth something in the neighborhood of 3 billion euros, will add some insurance.

Is FCA setting itself up to be acquired?

The spinoff of Magneti Marelli might also make FCA more appealing to a potential buyer. It's widely believed that FCA's spinoff of Ferrari in 2015 was a move intended to keep Ferrari under Italian control in the event of an FCA sale.

Marchionne has argued for several years that the auto industry needs further consolidation to be healthy over the long term, going so far as to openly pitch General Motors on the idea of a merger. (GM has made it clear that it has zero interest.)

Spinning off Marelli moves FCA closer to being a "pure play" global automaker centered on high-profit SUVs and pickups, with an established small-car brand (Fiat) and luxury brands (Alfa Romeo and Maserati) for balance.

Might a streamlined FCA be of interest to an acquirer, possibly a Chinese automaker looking to go global? It might. That's one possibility for FCA shareholders to ponder as we wait to see the 2018-2022 plan in June.