Shares dipped in response to news that a key customer is closing up shop. 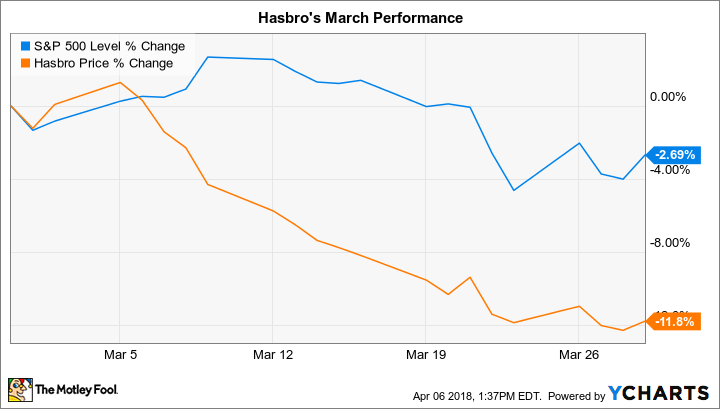 That decline left shares in negative territory over the prior 12 months, a period during which the broader market gained 12%.

March's drop came following news that Toys "R" Us, the nation's biggest pure-play toy retailer, is filing for bankruptcy and plans to close or sell all of its stores. The retailing chain is one of Hasbro's key customers, accounting for 9% of sales in fiscal 2017. Thus, the company's liquidation is bound to pressure earnings in the short term while removing a significant sales outlet in future sales years. 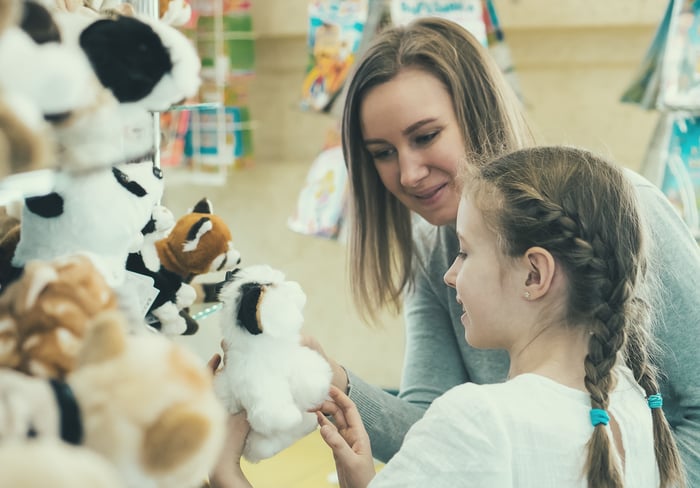 Hasbro is set to post its first-quarter results before the market opens on April 23. Executives will likely to address the Toys "R" Us bankruptcy in that report, including by estimating the impact on sales and profits for fiscal 2018 and beyond.

The industry leader is in a stronger financial situation than rival Mattel, and so this news shouldn't amount to much more than a temporary financial hit. But investors will have a better idea of the scale of the challenge, an what management plans to do about it, by late April.