Shares of AbbVie Inc. (ABBV -1.29%), a big U.S. pharma, dropped 18.3% in March, according to data from S&P Global Market Intelligence. A high-profile lung cancer candidate missed the mark during an important trial.

Rova-T was the early clinical-stage asset that inspired AbbVie to pay a stunning $5.8 billion for Stemcentryx just two years ago. To justify the splurge, AbbVie pointed to a 44% response rate among a group of advanced stage small cell lung cancer patients with tumors that express Rova-T's target. AbbVie also pointed to a chance to apply for accelerated approval and become the first available treatment for these patients after they failed two previous courses of therapy. 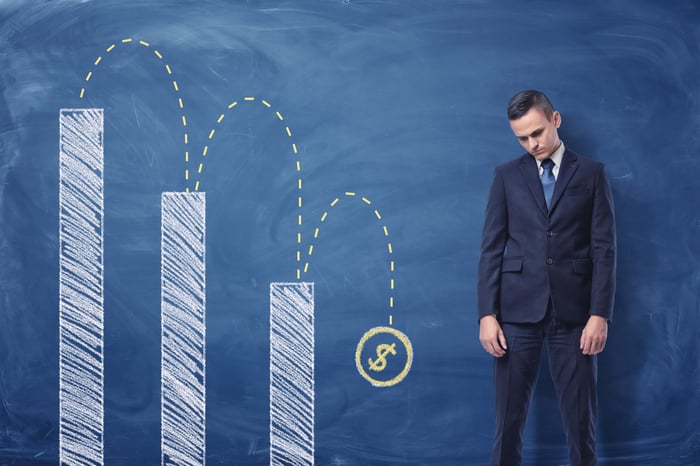 The market shaved around $23 billion from AbbVie's market cap on the day the company announced it wouldn't be seeking an accelerated approval for Rova-T in the third-line setting. AbbVie's expensive experimental drug helped shrink tumors for just 16% of patients during the mid-stage Trinity study.

It might not be game over for Rova-T but it seems unlikely that AbbVie will realize a positive return on its investment. That said, it looks like the market-beating has gone a bit too far. The company's market cap has fallen around $36 billion since the announcement.

Seeing ordinary results from a $5.8 billion gamble is enough to shake anyone's confidence, but don't let the Rova-T upset convince you that the rest of AbbVie's pipeline is on shaky ground. In fact, there are at least three late-stage candidates with blockbuster potential getting close to the finish line.