This giant tech company is demonstrating it knows how to evolve.

Microsoft ( MSFT 1.98% ) is hardly the company it used to be. When Satya Nadella took over as CEO in 2014, its shift in focus was palpable. It began making much-needed improvements to its Windows operating system, focused its attention on selling Microsoft's popular Office software as subscription service, and emphasized building out its cloud computing services.

All of these have been part of the company's recent success, and are quickly becoming the reasons to believe in Microsoft's long-term growth story. 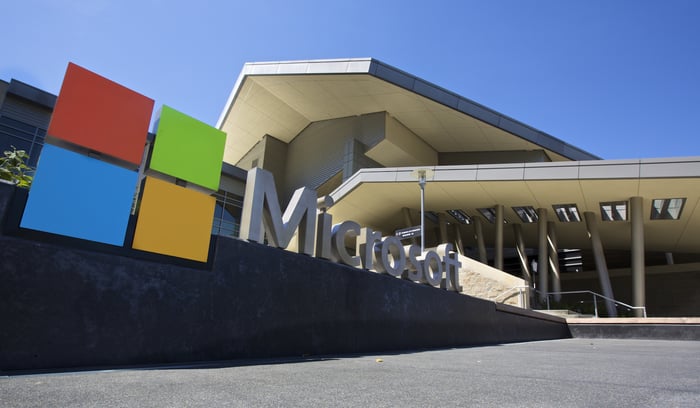 How the company is doing right now

Microsoft's sales grew 12% year over year in the second quarter of its fiscal 2018, which was on top of 12% jump in the first quarter. These gains derived from strong growth across multiple segments.

The first of those was the productivity and business processes segment: Its sales popped 25% in Q2 to $9 billion. A big factor in the increase was the 41% year-over-year jump in Microsoft's Office 365 commercial revenue. It now has 29.2 million consumer subscribers.

"We delivered another strong quarter with commercial cloud revenue growing 56% year-over-year to $5.3 billion," Chief Financial Officer Amy Hood said in the Q2 press release. "Strong execution from our sales teams and partners is driving growth across our businesses."

Revenue from the company's intelligent cloud segment, which includes its cloud computing Azure services, jumped 15% year over year to $7.8 billion. Broken out separately, Azure sales spiked 98%. Growth in this segment is important because Microsoft is building much of its future on a foundation of cloud services. That's why it's great to see that it now provides nearly 27% of the company's revenue. 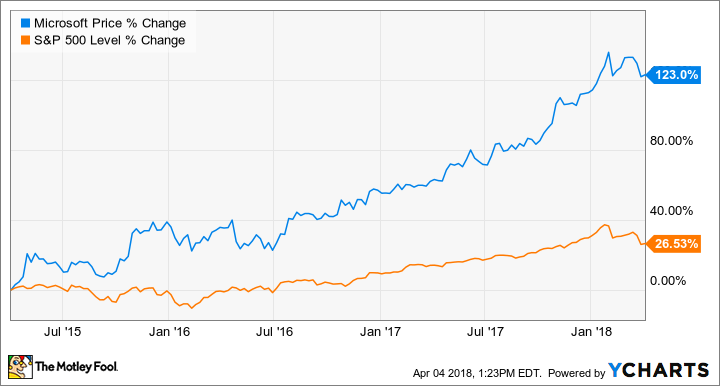 Why you should consider this tech giant

Aside from Nadella's strong leadership and the company's current growth drivers, Microsoft is wisely tapping into the major long-term cloud computing trend. I mentioned Azure's revenues in the previous section, but it's also important to note that the company is the second-largest public cloud computing company behind Amazon.com.

Microsoft's pivot to the cloud has been hugely successful; it now holds about 20% of the cloud computing market, up from 16% last year. Amazon remains the clear leader with a 62% share, but Microsoft is easily outpacing No. 3 Alphabet, which commands just 12% of the market.

Microsoft has proved that it can successfully transition from its software roots into the fast-growing cloud market. This transition is likely to be a great long-term strategy for the company considering that the public cloud computing market is expected to grow from $260 billion in 2017 to $411 billion by 2020.

With Microsoft's cloud and software segments firing on all cylinders, and  Nadella's strong leadership, this tech giant looks like a solid long-term buy.