Please ensure Javascript is enabled for purposes of website accessibility
Log In Help Join The Motley Fool
Free Article Join Over 1 Million Premium Members And Get More In-Depth Stock Guidance and Research
By Maxx Chatsko – Apr 9, 2018 at 8:47AM

Shares of SolarEdge Technologies, WD-40 Company, and Calavo Growers have gained over 12% year to date. They're still buys.

One of the longest bull runs in stock market history may be coming to an end. Or, at the very least, investors have been reminded about this little thing called "volatility" in the first three months of 2018. The S&P 500 and NASDAQ are down 3% and 0.5%, respectively, year to date.

While that has made many individual investors consider whether or not changes need to be made to their investing strategies, market volatility doesn't mean you should stop buying stocks altogether. Case in point: Shares of SolarEdge Technologies (SEDG -1.74%), WD-40 Company (WDFC -1.91%), and Calavo Growers (CVGW -1.49%) have all gained at least 12% year to date, and as much as 45%. Investors sitting on the sidelines with their tails between their legs would have missed out on those gains entirely. Luckily, these hot stocks aren't too hot to touch and are still buys this April. 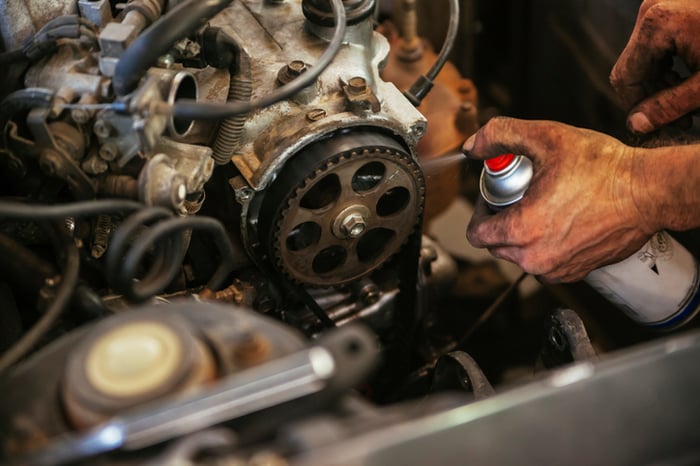 WD-40 Company makes no attempts to hide the simplicity of its business -- and that should be music to the ears of investors. It sells the infamous maintenance product known as WD-40, used in households, workshops, and factories across the globe; in addition to several brands aimed at home care and cleaning. The stock is up 12% year to date and has returned 58% in the last three years with dividends included.

The company's long history of creating value for shareholders has been built by slow and steady gains that have accumulated over time. For instance, WD-40 Company reported year-over-year revenue growth of 9% and net income growth of 7% during its fiscal first quarter of 2018 (ended November 30). The business delivered gross margin of 55% and was carried by 11% growth in its core maintenance products segment, which includes its namesake product.

While the homecare and cleaning products segment has experienced slowing sales in recent years, management has been quick to point out that all of its brands are cash-flow positive. So the only concern is how much drag the segment creates on top-line growth. Other than that, investors should consider its income generation as a bonus to the core maintenance segment. Considering the segment contributed just 10% of total revenue in 2017, and the healthy gross margins generated across the companywide portfolio, shareholders aren't exactly losing any sleep over it.

Then again, it's easy to sleep soundly with WD-40 Company stock in your portfolio. Management has guided for full-year 2018 EPS between $3.91 and $3.98, compared to just $3.72 in 2017. Throw in a recent 10% increase in dividend payments that pushed the annual yield to 1.6%, and long-term investors looking to experiment with the power of compound interest should feel comfortable buying shares even in today's more volatile market. 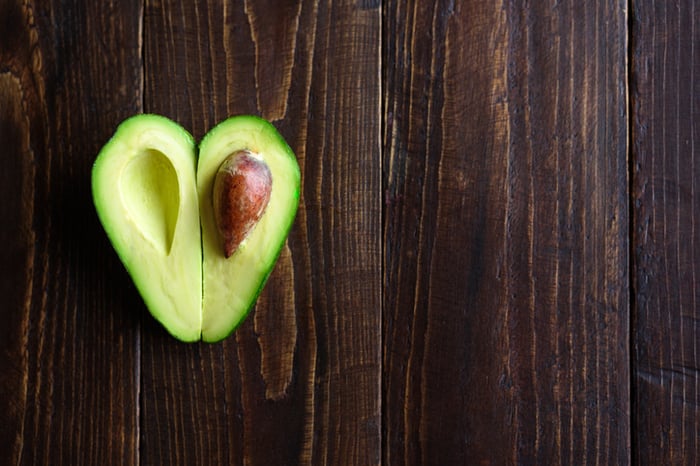 Avocados may not sound like an intriguing investment opportunity at first, but Calavo Growers has certainly shown why it shouldn't be dismissed outright. The company is a leading grower and distributor of fresh avocados and packaged products such as guacamole, in addition to other fresh fruits and packaged products that don't contain the superfood. Shares have gained 13% year to date and are up 92% in the last three years with dividends included.

Management expects the good times to continue for the foreseeable future. Fresh off record net income for any fiscal first quarter in company history, Calavo Growers expects its fresh products segment to grow revenue by double digits in fiscal 2018. That's no small feat considering the segment generated $582 million in sales last year, and it puts the company on track for record revenue and earnings this year.

The success will largely be driven by increasing avocado consumption in the United States, which stood at an astounding 7.1 pounds per person last year. While demographic changes figure to play an important role in nudging that figure higher over time, it's not all about millennials. Calavo Growers notes that avocados are a staple food product purchased by Hispanic households. Considering that the Hispanic community reached 18% of the American population last year and is expected to double in number by mid-century, the company expects avocados to remain a superfood for its financial health and growth for years into the future. 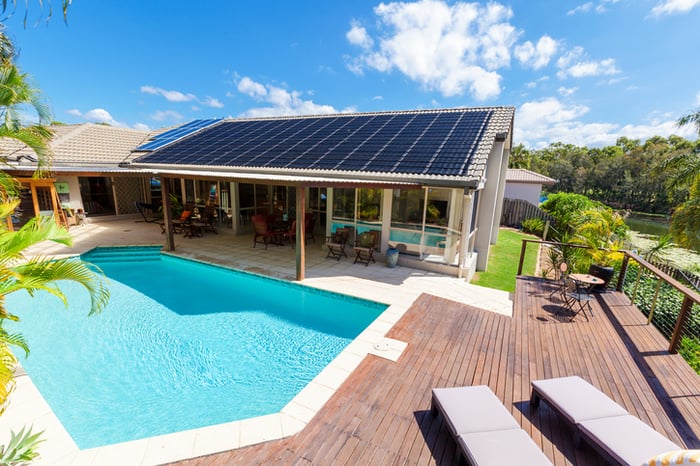 The installed capacity of solar is quietly trending higher in the United States. That resulted in solar generating 45% more electricity in January 2018 than in the first month of 2017, according to the U.S. Energy Information Administration (which is notorious for undershooting solar estimates). Of course, while installing capacity is important, maximizing the electrons sent to or displaced from the grid requires several other technologies. That's where SolarEdge Technologies comes into play.

The company manufactures hardware, such as power optimizers and inverters, and provides software solutions for optimizing the performance of solar power systems. Executing that niche has also optimized the performance of SolarEdge shares, which are up a whopping 45% year to date and 137% in the last three years.

The stock's awesome gains thus far in the year have been driven by the release of full-year 2017 earnings in mid-February, which crushed Wall Street's lofty expectations for growth. SolarEdge shipped 2.5 gigawatts of inverters last year on its way to collecting $607 million in revenue at healthy 35.4% gross margins. It grew operating income 28% year over year.

There are always investing opportunities

The stock market may be experiencing more volatility in 2018 than investors have become accustomed to in recent years, but that doesn't mean investors should stop looking for great companies to own for the long haul. The way I see it, you can't go wrong buying profitable businesses that provide services and products coveted no matter the macroeconomic environment. That's why WD-40 Company, Calavo Growers, and SolarEdge Technologies are buys in April, despite their hot starts to the year.

Can Calavo Growers Be a Growth Stock?