Please ensure Javascript is enabled for purposes of website accessibility
Log In Help Join The Motley Fool
Free Article Join Over 1 Million Premium Members And Get More In-Depth Stock Guidance and Research
By Nicholas Rossolillo – Apr 9, 2018 at 11:33AM

Taiwanese chipmaker Himax Technologies (HIMX 0.39%) has had multiple promising growth initiatives working for it the last few years, but none of them have really delivered. As a result, shares have been stock trader fodder, rallying on signs of life only to collapse once again when the company fails to follow through. Management remains upbeat on its future, but investors looking for a long-term growth story may want to use some caution here.

What Himax is up to

Himax's main business is display drivers, the chips that act as a go-between for a device's processor and the display screen. The company breaks its revenue down between small- and medium-sized drivers (smartphones, tablets, and automotive applications), large-sized display drivers (televisions), and non-driver business. The first two segments made up 77% of revenue in 2017.

The lion's share of Himax's business is highly cyclical, ebbing and flowing with supply and demand for televisions, tablets, and smartphones. Demand for its display drivers in cars has been a consistent bright spot, but other than that the driver segment has been mostly responsible for the wild swings in revenue the company has experienced the last few years. 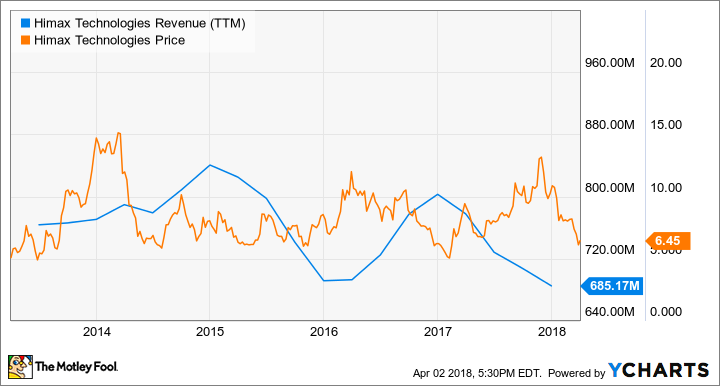 Nevertheless, many investors have been attracted to the stock because of the non-display driver business, Himax's most consistent division and the one with the biggest potential for growth. While it only made up 23% of revenue last year, rolled into the segment are chips critical for enabling augmented reality, machine vision sensors, and 3D sensing for technologies like facial recognition in smartphones.

The technologies bundled together in Himax's non-driver segment are exciting and have promising runways for growth. Augmented reality is expected to gain traction in the workplace, in video games, and in head-up displays in cars, machine vision plays an important role in robotics and autonomous vehicles, and smartphones are adopting new tech like facial recognition crucial to making mobile payments easier. 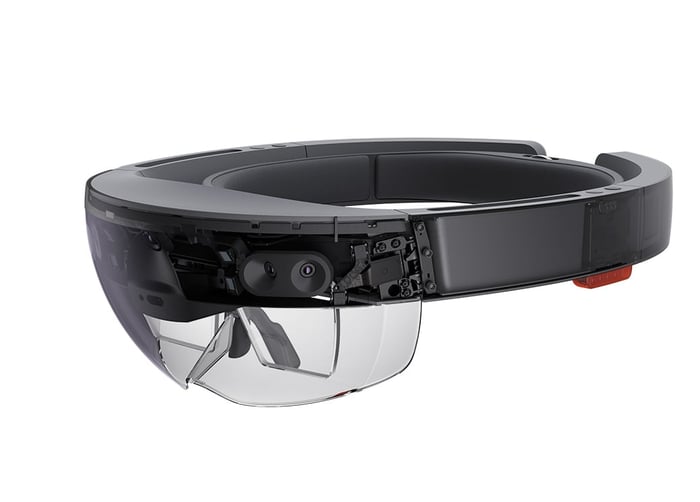 In spite of the great stories, Himax's most exciting department has been nearly as cyclical as its old bread-and-butter has been. There has been growth at times, but not the kind that makes investors real money long term.

Its latest development, a 3D sensing technology partnership with Qualcomm aimed at the Android smartphone industry, may have some investors feeling optimistic. It's worth bearing in mind that Himax has been here before, though. The company is reliant on bigger manufacturing partners, and demand for its chips can quickly turn against it. Last year there was optimism around the partnership with Microsoft working on the HoloLens AR device. When Microsoft pulled back on development of the hardware, Himax had no choice but to follow suit.

3D sensing could very well be a game changer. However, investors should curb their enthusiasm. Management said that non-driver revenues will be up in the mid-teens year over year in the first quarter, but overall revenue will be down low- to mid-single digits because of declines in the display driver business.

For those with a long-term outlook, Himax Technologies stock offers little more than a roller coaster ride: It generates a lot of fun with its up-and-down moves, but in the end investors finish in the same place they started. Until the company can muster some real growth momentum, this one doesn't look like a millionaire-maker stock.