A boon from lower corporate taxes is turning into a bust for the mortgage insurance industry. The industry's largest companies including MGIC Investment Corp (NYSE:MTG), Radian Group (NYSE:RDN), Essent Group (NYSE:ESNT), and NMI Holdings (NASDAQ:NMIH) are all down by more than 14% as of 1 p.m. EDT Monday.

In a bid to gain market share, MGIC Investment Corp. announced it would slash the premiums it charges to insure certain borrowers. It will be most aggressive with price cuts for borrowers with lower credit scores, where premiums will be cut by as much as 24%. Prices for higher-quality borrowers will be reduced by a smaller degree, by about 11% on average.

Private mortgage insurance is considered to be almost perfectly competitive as companies compete for business primarily on price alone. With MGIC Investment Corp slashing the premiums it charges on borrower-paid policies, other mortgage insurers including Radian Group, Essent Group, and NMI Holdings will have to follow or risk losing business to their lower-priced peers.

In a presentation, MGIC Investment Corp explained that it can afford to underwrite policies at lower premiums thanks to a drop in the U.S. corporate tax rate from 35% to 21%. In an illustrative example, it detailed how after-tax returns on a certain cohort of prime borrowers would increase marginally despite a 10% decrease in the premiums it charges to its customers. 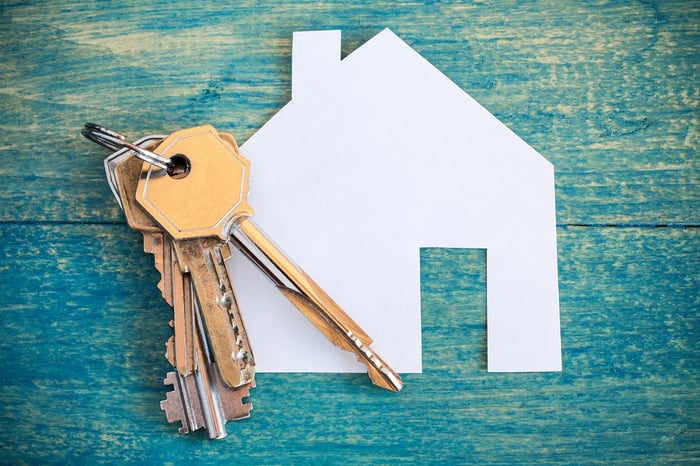 While investors may have expected prices to ultimately drift downward over time, it seems they were blindsided by just how quickly prices were dropped as a result of the Tax Cut and Jobs Act. On the company's most recent earnings conference call in January, an analyst asked how or when lower tax rates might be reflected in premiums.

MGIC Investment Corp's CEO, Pat Sinks, said, "I think that's to be determined, and I don't mean to be vague in my answer, but it's still early in the year, as to how it will play out," referring to pricing decisions based on tax rate changes.

Sinks also discussed the potential for higher returns due to a lower tax rate, adding that "whether or not that will be competed away, that's a possibility. But we haven't seen any indication of that yet." Interestingly, it was MGIC Investment Corp that decided to fire the first big salvo by slashing premiums.

Mortgage origination volumes are closely tied to interest rates, and with rates rising, fewer homeowners are refinancing, leaving the mortgage insurers to compete for a smaller number of mortgages to insure.