Please ensure Javascript is enabled for purposes of website accessibility
Log In Help Join The Motley Fool
Free Article Join Over 1 Million Premium Members And Get More In-Depth Stock Guidance and Research
By Anders Bylund – Apr 9, 2018 at 11:46AM

An Apple-powered panic resulted in this deep-discount buying opportunity.

Shares of Universal Display (OLED -2.11%) fell 22.2% in March 2018, according to data from S&P Global Market Intelligence. Big-ticket customer Apple (AAPL -3.00%) was reported to have its own display technology on tap, cutting out the boost Universal Display got when the iPhone product line finally adopted its organic light-emitting diode (OLED) technologies last year.

According to a Bloomberg report published the evening of March 18, Apple is investing in its own MicroLED screen technology in an effort to replace both LED and OLED screens in future products. Universal Display investors panicked over the news and share prices fell more than 14% the next day. 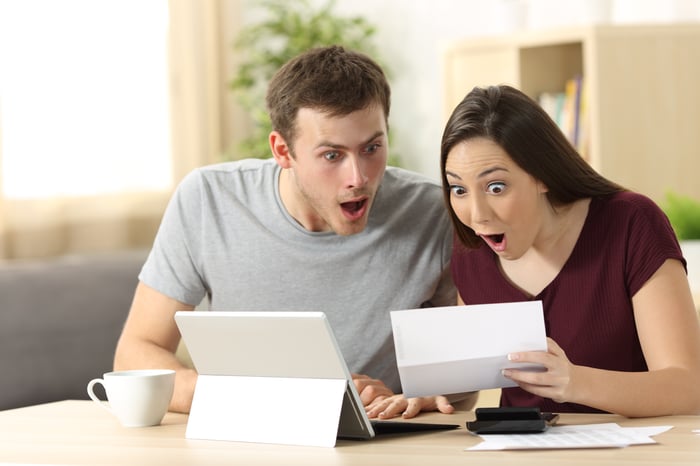 Losing Apple's business would surely hurt Universal Display, which had share prices triple in 2017 on the back of Apple's new interest in OLED screens. However, MicroLED screens are probably several years away from commercial use, and Apple reportedly came close to giving up on that project entirely last year -- the technology is notoriously difficult to produce on a commercial scale.

Apple would most likely hold that new technology very close to the vest if it ever did become commercially viable, leaving oodles of business for OLED screens produced by other companies. At the moment, both Samsung (NASDAQOTH: SSNLF) Display and LG Display (LPL -1.45%) are investing billions of dollars in larger OLED production lines, paving the way to smooth top-line growth for Universal Display over the next several years. And that doesn't account for the even larger market opportunity when OLED lighting panels start to hit the mainstream.

If anything, Universal Display looks like a fantastic buy at today's unusually affordable prices.