Please ensure Javascript is enabled for purposes of website accessibility
Log In Help Join The Motley Fool
Free Article Join Over 1 Million Premium Members And Get More In-Depth Stock Guidance and Research
By Daniel Miller – Apr 10, 2018 at 8:03AM

Similar decisions put Detroit automakers in a world of hurt over a decade ago, but is it different this time?

The winds of change are upon the automotive industry, and while many investors are looking far into the future of driverless vehicles and widespread electrified fleets, the near term revolves around one clear trend: Consumers are leaving passenger cars in the dust. The move to SUVs and crossovers is a clear one, especially considering a recent report suggesting General Motors (GM 8.91%) and Ford Motor Company (F 7.76%) are about to axe well-known car nameplates. Is this a good move, or a mistake similar to pre-recession strategies that could later haunt automakers?

Here are a few statistics to give investors a better sense of the current U.S. auto market. Sales of midsize cars are down 14.5% through March, compared to the prior year, and small cars are down a similar 10.8%, according to segment breakdown per The Wall Street Journal. On the flip side of the market, crossover sales are up 18.2% and small SUVs are up a staggering 27.9% through March, pushing total light-duty truck sales to a 9.8% gain.

This isn't a new trend; sales of new cars are on pace to decline for the fifth straight year, and Detroit's two largest automakers are reportedly taking action. Per a report from The Wall Street Journal, GM plans to stop production of the Chevrolet Sonic as early as this year as well as the Chevrolet Impala over the next few years. GM's crosstown rival, Ford, is planning similar moves and will stop producing the Fiesta for the U.S. market as soon as 2019, and will also chop the Taurus -- a nameplate that was once Ford's flagship sedan in the U.S. market. These moves have been considered for some time; Fiat Chrysler Automobiles (FCAU) already axed the Dodge Dart and Chrysler 200 from its U.S. portfolio, so it could push all-in on more profitable Ram Truck and Jeep brand sales, which are far more lucrative.

Ford's decision to cut passenger car nameplates comes at a time when its sales mix continues to tip in favor of SUVs. Consider that in 1990 51% of Ford's U.S. sales were trucks; by 2010 that mix was 66.3%, and through February 2018 that mix is 78.9%, per the Automotive News Data Center. The automaker plans to continue optimizing for that mix, and executives say that by 2020, 86% of Ford's U.S. sales will be pickups, utilities, and vans. 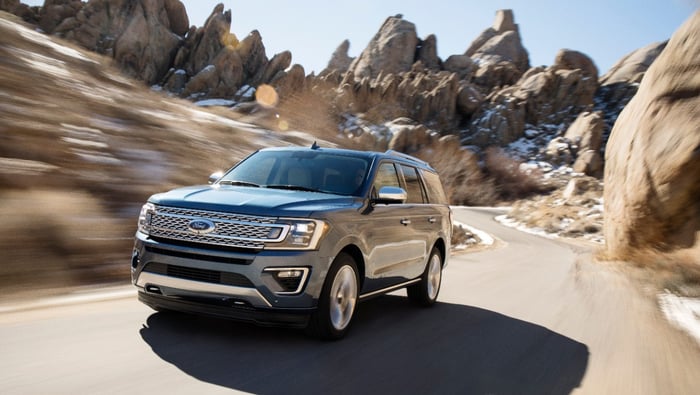 For General Motors, this is simply the continuation of a plan it set in motion months, or even years, ago. Detroit's largest automaker has made massive decisions to focus on profitability, including last year's decision to sell its European operations and exit a market that has cost the company tens of billions over the past two decades. Compared to decisions such as exiting Europe, dropping a couple of car nameplates is tame in comparison and shows how important it is to maximize profits while sales of new vehicles in the U.S. plateau.

Is this a mistake?

Detroit automakers have seemingly pushed their chips all-in on SUVs, crossovers, and trucks, but in the past -- when gas prices, among other factors, quickly forced consumers to drop larger vehicles for fuel-efficient cars -- similar strategies came back to haunt Ford, GM, and Fiat Chrysler. In addition to the risk of consumers switching back to passenger cars in the future, there are other concerns. "Even though SUV sales are robust, the market is starting to contract, and when dealer lots are inundated with SUVs of every size, shape and brand, it's going to take a lot to stand out," Jeremy Acevedo, manager of industry analysis at Edmunds, said, according to Automotive News. In other words, if everyone focuses on the same SUV products, it could lead to a profit-eroding incentive war in an attempt to move vehicles off dealer lots, a scenario automakers must avoid.

The decisions to trend further and further away from developing and producing passenger cars might not be a mistake this time, however. With SUV, crossover, and truck fuel economy vastly improved over the past decade, consumers will better handle potential gas price increases -- and eventually most vehicles may become electrified, further insulating larger and more profitable vehicles from reduced demand due to gas prices.

Ultimately, these moves seem less risky and less like a mistake as the automotive industry trends toward an electrified and driverless future -- Detroit automakers are just adapting accordingly, and making more profits in the near term as a bonus, by focusing on cars less.