There's real money to be made here.

Those investments have included significant increases in both research and development for future memory technologies as well as in capital equipment to support increased memory production. 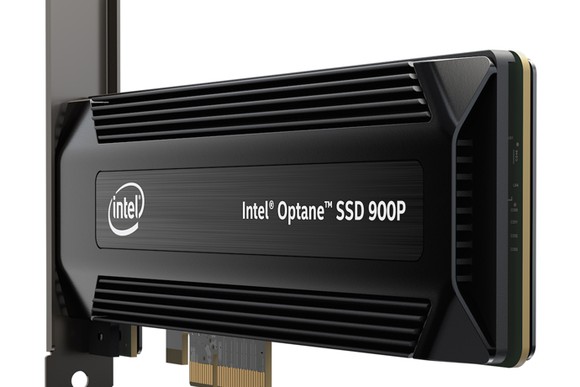 Though the business unit lost money in 2017 -- around $300 million, to be exact -- the company said in its most recent annual filing that it expects this business to swing to profitability in 2018.

With that in mind, here are three reasons to be excited about Intel's non-volatile memory business.

For some context, market research company IDC says it expects industrywide solid-state drive revenue to grow at a 14.8% compounded annual growth rate to $33.6 billion by 2021. Intel's non-volatile memory business generated $3.5 billion in 2017, so if Intel's non-volatile memory business grows roughly in line with the market through 2021, this business could generate $6 billion in revenue within just a few years.

Moreover, Intel's competitive positioning in NAND flash seems to be improving, so I wouldn't be surprised if the company were able to grow its market share in the years ahead, further accelerating revenue growth.

Although the traditional NAND-flash-based solid-state drive market is a large and growing opportunity for Intel, the company has another memory technology that its competitors, aside from its development partner Micron (MU -0.56%), don't have access to: 3D XPoint.

3D XPoint is a type of non-volatile memory that's substantially faster than NAND flash, though it's more expensive to produce. This memory technology allows Intel to build solid-state drives that are much faster than even the best NAND-flash-based drives, so for performance-sensitive data center customers as well as consumers willing to pay more to get the best, Intel has a virtual lock on the market (Micron has yet to commercialize solid-state drives based on 3D XPoint).

Over time, Intel is likely to face more aggressive competition here as competitors rush to develop their own alternatives to 3D XPoint, but Intel currently enjoys a significant first-mover advantage.

For years, Intel's non-volatile memory business has lost money. Even though the company enjoyed strong growth in this business last year, profitability remained elusive because of Intel's increased investments in that segment.

Put simply, Intel's memory business has been operating below scale.

Beginning in 2018, Intel's non-volatile memory business is expected to start generating profits -- it's finally going to achieve scale. Though Intel will likely need to continually increase its investments to keep up the development of new technologies, those operating expenses aren't anticipated to grow as quickly as Intel's revenue will.

To that end, I expect Intel's non-volatile memory business to generate increasingly large profits in the years ahead.