For quite a while, I have harped on Intel's (NASDAQ:INTC) apparent struggles in chip-manufacturing technology. The company was once the unequivocal leader in the technology used to build logic chips, like computer and data center processors. Over the last five years, however, its position has eroded substantially.

Not only does Intel no longer have a leadership position in chip manufacturing -- which negatively impacts the company's competitive positioning -- but it's starting to look increasingly like Intel has fallen behind key competitors like Taiwan Semiconductor Manufacturing Company (NYSE: TSM) and Samsung (NASDAQOTH: SSNLF). 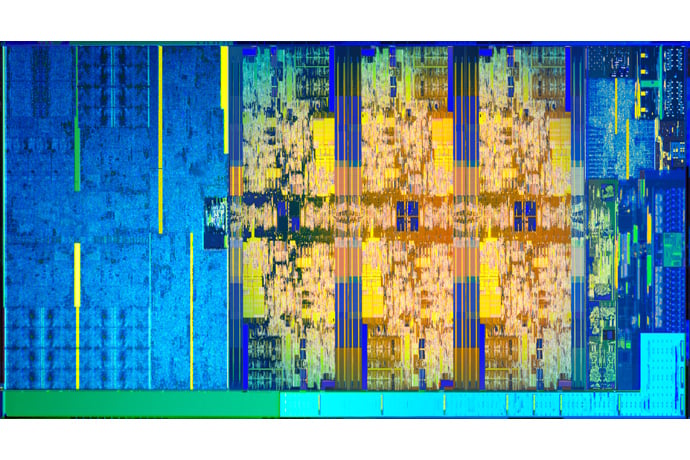 While TSMC and Samsung tend to be open about their production timelines, Intel continues to be uncharacteristically vague about its plans for 10-nanometer production and beyond. I think it's time for Intel to break the silence, give investors some insights into what's going on with its 10-nanometer technology, and even update investors on how the development of its follow-on 7-nanometer technology is progressing.

Here are three manufacturing-related questions that I'd like to hear Intel answer on the upcoming earnings call, scheduled for April 26.

The first thing I'd like to hear from Intel executives is an update on the health of the company's 10-nanometer manufacturing technology. Are the chips manufactured with the technology hitting targets for performance and power consumption? Are the yield rates (the percentage of manufactured chips that are salable) close to the levels required for mass production?

On Intel's last earnings conference call, CFO Bob Swan indicated that the company's yields on 10-nanometer parts would be "way up the cost curve" during the second half of 2018, negatively impacting its gross profit margin. Any further details here would be appreciated.

Intel has yet to get 10-nanometer out the door, but if the company hopes to remain competitive with TSMC and Samsung -- both of which have outlined aggressive plans to migrate quickly to 5-nanometer technologies -- it'll need to get its 7-nanometer technology into shape for mass production in the 2020 time frame.

I would also be very interested in hearing Intel's assessment of the competitive landscape with respect to chip manufacturing technology. Last year, the company was quite confident that it had, and would sustain, a leadership position here. But there's ample evidence to suggest that, at least on some important metrics, Intel has fallen behind.

Although Intel will, of course, always try to put itself in the best possible light in any competitive comparisons (which is why relying on the company's word isn't enough), it's still important to get a sense of how it views the world. Then investors can go on to determine if the company has a realistic view of the competitive landscape, or if its top executives are simply fooling themselves.