One analyst found strong data center demand for high-speed networking tools on a trip to Asia, spelling good news for this maker of optical modules and components.

Shares of Applied Optoelectronics (AAOI -5.32%) closed 14.5% higher on Wednesday, having recorded a peak gain of 17.2% earlier in the trading session. An analyst firm issued an optimistic report on the stock based on good-looking checks among AAOI's data center customers.

"We believe that AAOI is seeing improved traction due to its aggressive pricing and ongoing quality issues at Innolight," the analyst wrote. "During our recent trip to Asia, we found that server demand is very strong and we believe data center deployments in both China and US are ramping quickly." 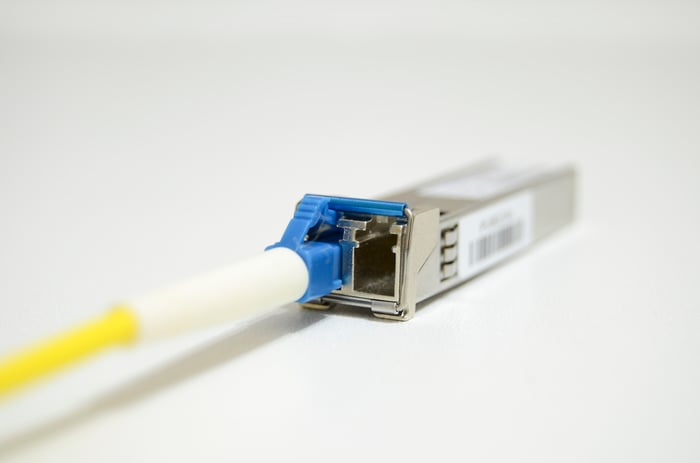 If Zhang's analysis is correct, this would be the end of a difficult chapter in AAOI's history and perhaps the start of another strong growth spurt like the one in late 2016 and early 2017. The stock still trades a mind-boggling 72% below its 52-week highs, even after accounting for today's strong bounce. In short, optical networking stocks in general look tempting right now -- and Applied Optoelectronics more so than most of its rivals.