Please ensure Javascript is enabled for purposes of website accessibility
Log In Help Join The Motley Fool
Free Article Join Over 1 Million Premium Members And Get More In-Depth Stock Guidance and Research
By Jeremy Bowman – Apr 11, 2018 at 11:18AM

Shares of the online marketplace gained again in March on momentum from its fourth-quarter earnings report and a debt offering.

Shares of crafty online marketplace Etsy (ETSY 4.96%) were moving higher again last month after the stock benefited from momentum following a strong fourth-quarter earnings report at the end of February and the successful offering of $300 million in convertible senior notes. According to data from S&P Global Market Intelligence, the stock finished the month up 11%.

As the chart below shows, Etsy's gains came in the first half of the month following its earnings report and the issuing of convertible notes. 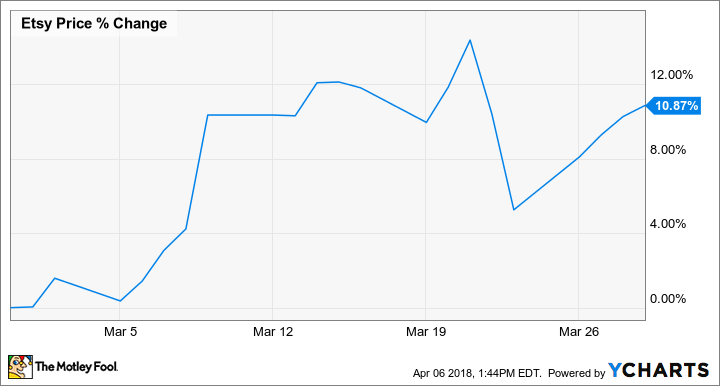 On Feb. 28, shares of the e-commerce operator jumped 20.4% after a better-than-expected fourth-quarter earnings report. Gross merchandise sales, or the dollar value of goods sold on the platform, surged 17.8%, to $1.02 billion. This was the first time the company crossed the billion-dollar mark and accelerated from just 13.2% growth in the third quarter.

Adjusted earnings per share also improved from a loss of $0.19 a year ago to a $0.15 profit. Changes that were implemented after activist investors took stakes in the company nearly a year ago and Josh Silverman took the helm as CEO seemed to be paying off. 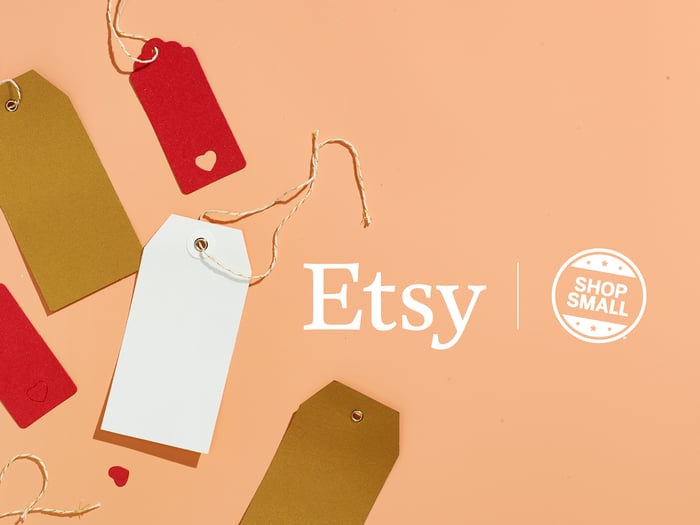 Etsy stock jumped again on March 9, gaining 6% when the company issued $300 million of convertible notes with a conversion price of $36.27, which indicated another bullish signal for the stock. For the rest of the month, there was little material news out on the company and the stock traded sideways. At the end of March, the company added two new directors to the board, Edith Cooper, former Global Head of Human Capital at Goldman Sachs, and Gary Briggs, Chief Marketing Officer at Facebook. The moves seem to reflect Silverman's ongoing efforts to remake the company.

Etsy shares have nearly tripled over the last year due to accelerating growth and the fact that the company has adequately defended itself from Amazon, which has made a push into handcrafted goods with its Amazon Handmade platform. With a unique niche in the arts-and-crafts e-commerce marketplace and the biggest number of buyers and sellers, Etsy should have an advantage over competitors like Amazon. If the company can keep demonstrating its long-term growth potential and posting solid growth numbers, the stock should continue moving higher.